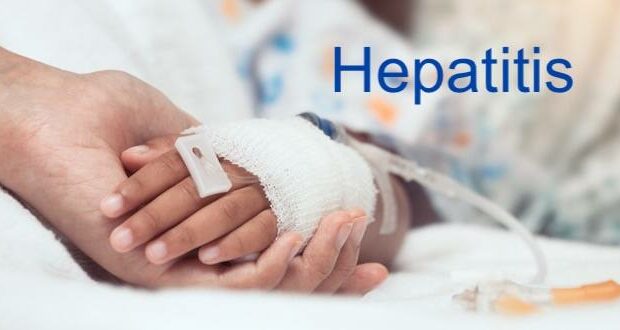 At least 10 more states across the United States are reporting similar cases of severe acute hepatitis—liver disease of unknown origin. The Centers for Disease Control and Prevention (CDC) issued a national health alert regarding a mysterious cluster of the virus in late April.

The cases involve previously healthy children between the ages of 1 month to 16 years old, many of whom are suddenly developing hepatitis and displaying gastrointestinal symptoms including abdominal pain, diarrhea, and vomiting, as well as jaundice, or yellowing of the skin and eyes.

Doug Schultz, a spokesperson for the Minnesota Department of Health, told local TV station KSTP-TV that it is investigating several cases of unexplained hepatitis in children.

Two of those children, one of which is an infant and the other who is two, have required liver transplants, he said. One of them still waiting.

The Wisconsin Department of Health Services (DHS) on April 27 also issued a health alert after four cases were reported among children, including two who had severe outcomes, one who required a liver transplant, and one that resulted in death.

Similar cases have also been reported in Delaware, Georgia, Illinois, Louisiana, New York, North Carolina, and Tennessee, according to the New York Post. One child has died.

Nine cases have also been reported in Alabama since November 2021, the state’s Department of Public Health announced on April 15.

Meanwhile, California is also investigating seven cases, the first of which was reported in October 2021, the San Francisco Chronicle reported.

Researchers believe the outbreak of severe acute hepatitis may be linked to adenovirus, a viral infection that usually causes the common cold.

When children come to the doctor with liver injury, hepatologists go to work to find the origin.

The liver specialists will test for infections, as well as genetic and autoimmune diseases, says Ryan Fischer, MD, chief of the Section of Hepatology & Transplantation at Children’s Mercy in Kansas City, MO. “We also ask about and send lab work to uncover potential toxins or medications that associate with liver injury. In some cases of severe hepatitis, we never find a cause.”

“We do not know yet if adenovirus played a role in these rare illnesses or if these cases are connected,” Ali Bay, a spokeswoman for the California Department of Public Health, told the Chronicle.

In its health alert last month, the CDC urged all physicians to be on the lookout for symptoms and to report any suspected cases of unknown origin to their local and state health departments.

The health body said it is also working with state health departments to see if there are additional U.S. cases, and what may be the cause.

Meanwhile, the World Health Organization has reported at least 169 cases in 12 countries as of April 21, including in the United Kingdom, Spain, Israel, Denmark, Ireland, the Netherlands, Italy, Norway, France, Romania, Belgium, and the United States.

Seventeen children have required liver transplantation and at least one death has been reported, the WHO said.

Adenovirus has been detected in at least 74 cases, officials added.

“While adenovirus is a possible hypothesis, investigations are ongoing for the causative agent,” the health body said, noting that this hypothesis “does not fully explain the severity of the clinical picture” and that “the implicated adenovirus type, has not previously been linked to such a clinical presentation.”

The agency noted that certain factors such as increased susceptibility among young children following a lower level of circulation of adenovirus during the COVID-19 pandemic, the potential emergence of a novel adenovirus, as well as COVID-19 need to be investigated.

Previous: ‘Doctor Strange in the Multiverse of Madness’ is a cinematic bullet train
Next: Magic Johnson thanks God for being with him through highs and lows