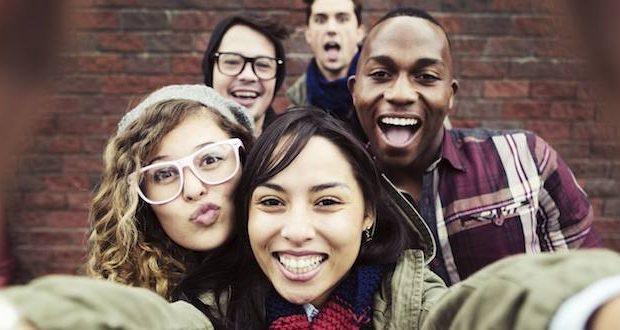 3 kinds of students who leave Christianity after high school

“I just don’t believe what you believe anymore.” These are words that no Christian parent or youth leader ever wants to hear. After this bombshell hits and the shockwaves subside, we wonder if something could have been different. What happened to this student who was so active in church growing up? 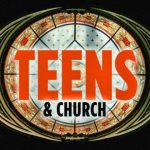 After all, they never missed youth group. Sadly, this scenario is not the exception. Approximately 50 percent of students will disengage from their faith after they leave home.

While students have to ultimately choose whom they will follow, I think there is a lot we can do to reverse this trend. First, we need to better understand the students who leave their faith behind after graduation. As I’ve worked with high school and college students over the years and studied the research, there are three basic kinds of students that leave Christianity after high school.

To understand this first type, meet Jennifer. Jennifer grew up in a Christian home and regularly attends church. Over time, she observes a lot of her friends and older Christians in her life saying one thing, but living another. The takeaway? Christianity is important to people for two hours on a Sunday morning, then it fades into the background the rest of the week.

As time passes, Jennifer comes to believe Christianity is just true for her because this is just what she personally believes and how she was raised. Faith kind of gets quiet in her life as she gets older. Jennifer doesn’t want to be judgmental or intolerant of what others sincerely believe. Picking up on the social cues around her, faith becomes comfortable and private. However, the moment this happens, Christianity loses its power and vitality because true Christianity, at its core, is a public faith. She doesn’t risk relationships to tell friends about Jesus or swim against the moral current with her everyday choices. Why rock the boat?

On the inside, the Christian relativist leaves real Christianity behind along the way without visibly casting off the label of being Christian. After all, faith is meant to be private anyway.

To understand the Drifter, meet Steven. Steven also grew up in a Christian home and regularly attended church. But over time, he began to have questions and doubts about his faith:

Searching YouTube and Google didn’t help, so he began asking the Christians in his life. Unfortunately, he quickly learned that “spiritual” Christians don’t ask such questions in church. Questions and doubts mean you have a lack of faith. So Steven learned to swallow his questions, doubts, and insecurities and came to a place where he really didn’t believe anymore. “This can’t be true,” he thinks. “It doesn’t make sense anymore.” He pretends to believe to make his family and youth pastor happy.

Steven never wanted this. He just outgrew his childhood faith. It was not big enough for him to take into the next stage of life. He needed more than just coloring pages and Bible stories. The drift continues on past high school, and only then, becomes visible to everyone else when he’s in a new community with newfound freedoms. Feeling a mixture of relief and loss, he doesn’t have to pretend anymore.

Meet Joey. Like Jennifer and Steven, Joey grew up in a Christian home and regularly attended church. Over time, he begins wrestling with the same unwanted questions and doubts Steven began to ask. Like Steven, he began searching for answers and also learned the hard way that Christians don’t ask those kinds of questions. The remedy was simple. He just needed to try harder and have more faith, but this was not working. Maybe he was not as spiritual as everyone else. His feelings of frustration and isolation grew more intense as time went on, and he began to withdraw from his Christian friends at church.

Then Joey started to find pockets of people online writing blogs and making videos that expressed what he was feeling. They seemed reasonable to him. They were good people. They were smart and funny. Joey came to a point where he thought, “You know what? I don’t believe this anymore. It’s not worth it. I don’t think this is really true.” Unconvinced, he now had to choose if he was going to keep his lack of faith to himself or go public with it. Joey was experiencing a crisis of faith. Unlike Steven, he chose not to pretend anymore. He would walk away. Joey began to openly challenge his parents, friends at school, church, and on social media. College would be a new start for him to become his own person who doesn’t have to live inside the constricting box of Christianity anymore.

For some students like Joey, this crisis of faith moment sometimes coincides with a significant loss, trauma, relational rejection, parents’ separation/divorce, moral failure, or other kinds of catalytic events.

What’s tragic about the all too common stories of the Christian Relativist, the Drifter, and the Unconvinced, is that this it doesn’t have to be this way. God has called students—and all of us—to more. He has called them to boldly follow Jesus and engage our culture with his life-changing message. I wrote Welcome to College: A Christ-Follower’s Guide for the Journey to help prepare students for what we know is waiting on them in the college years (and honestly the high school years). I want them to own their faith as they grow into the teenage years so they are ready to live it out for a lifetime.

There is no growth without challenge. As students grow up in the church they need real world tests that challenge their faith while in a safe community of other committed Christians who care about them and can equip them. The “just believe harder/blind faith” approach is not working. More importantly, it’s deeply unbiblical. Students need a grown-up worldview that explains their experiences and makes sense of the world around them. At some point, they need to transfer ownership from the church or their parents to themselves. They need to come to a point where they are convinced Christianity is true. Building a lasting faith means knowing what you believe, why you believe it and how to live it out.

Let’s not lose heart. Let’s pursue this fourth way. I’m convinced students can handle far more than people think they can. I’ve got good news for you… Christianity is not a fairytale for grown-ups. Its really true, and it’s past time we make sure the next generation knows it.

Jonathan Morrow (DMin, MDiv) is the author of several books including Welcome to College: A Christ-Follower’s Guide for the Journey and he speaks nationally on biblical worldview, apologetics, and culture. He is adjunct professor of apologetics at Biola University and director of cultural engagement at Impact 360 Institute where he teaches high school and college students. Jonathan is passionate about seeing a new generation build a lasting faith. Connect with Jonathan online at jonathanmorrow.org.

Previous: Mary Poppins Returns stays true to innocence of the original
Next: China creates quota for police to arrest Christians