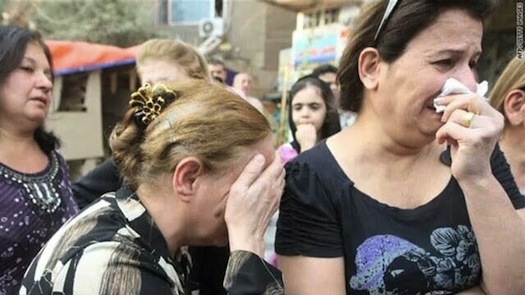 Iraqi Christians continue to be persecuted even as US troops help the country's government.

An investigation by an Iraqi media source, al-Sumaria, revealed that at least 350 Christian owned properties have illegally been seized. The government has stopped only 50 of these properties from being sold.

The report also stated that approximately 100 properties have been transferred to people under false names and dozens have been taken by authority figures. The problem primarily exists in the Nineveh Plains, but also exists in areas such as Baghdad, Kirkuk, and Basra.

Iraqi Christians have long complained about persecution and the disproportionate targeting of their properties for illegal seizures. These seizures often occur in waves which follow violent incidents of persecution. The latest wave follows the invasion of ISIS across the Nineveh Plains in 2014 and the subsequent return of Christians following the militants’ defeat.

The properties which the report refers to are primarily homes owned by Christians, although assets are included. Militias also harass Christians who are returning to their homes, threatening and at times even confiscating their goods which they are bringing home.