Home / News / 40 years after the birth of Islamic Iran 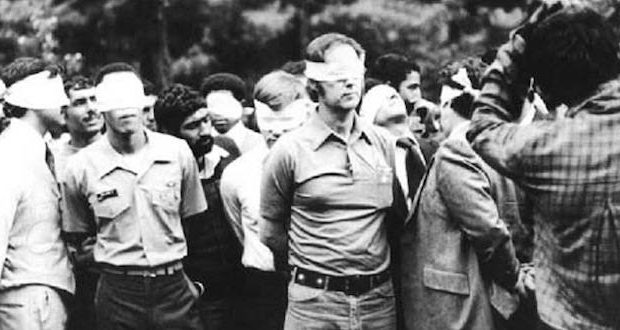 40 years after the birth of Islamic Iran

This month marks the 4oth anniversary of the Islamic Republic of Iran.

In late February and March 1979, a recently returned-from-exile Ayatollah Ruhollah Khomeini led an uprising that eventually ousted the Shah of Iran.  Although he initially spoke about human rights and freedom of religion, the rise to power saw the Ayatollah in pursuit of an Islamist agenda and the imposition of Sharia law.

The early days of the new state also saw 52 Americans taken hostage for 444 days, frayed global diplomatic ties, Saddam Hussein’s invasion and a bloody eight-year war.   As a result, today’s Islamic Republic faces acute economic challenges as it struggles with a mix of domestic hardships and US sanctions.   Increasingly isolationist rhetoric feels like a turning back of the clock, but Heart 4 Iran’s Mike Ansari says, “During sanctions it is unlikely for Iran to close its doors. However Iran is closely monitoring its border-activities, identifying and dealing with threats as it sees necessary.”

Still, the celebratory atmosphere of the milestone date (February 11) managed to temporarily obscure the darker realities.   Notably absent, the Christians.   In the run up to the anniversary, religious rights watchdog groups noted what appears to be a government crackdown, as evidenced by hundreds of arrests.    Ansari confirms it.  “In an effort to demonstrate its power to force Iran’s fast growing underground Church into submission, they have ramped up harassment and persecution of Farsi-speaking churches.   Vast majority of Iranian people have lost their confidence in their leaders.  Many have become disillusioned with Islam and as such turning to Christianity.”

When asked why it seems there’s been a focused shift against Christianity, he responded, “Since 2010 when Ayatollah Khamenei declared the spread of house churches a critical threat facing the Islamic regime, the crackdown on Christian activities became more pronounced which continues till today.”  A joint report released last month by Open Doors, Middle East Concern, Christian Solidarity Worldwide, and Article18, further supported his assertions.    In it, according to public records, authorities held 29 Christians in 2018 for terms of 6 months to 10 years (if formally sentenced at all).  Of that group, eight saw release.  The important thing to note is that many more detentions of Christians remain undocumented.

The strong government response to Christians begs the question: ‘what is it about them that creates such a zealous reaction?’  Ansari explains, “The evangelicals are considered national-security threat inside Iran.   It appears the end game is to eliminate the threat for the sake of their longevity.”   Yet, as he mentioned earlier, there’s disillusionment with the government and despair for the future.  Hope has an irresistible pull.  “The Church in Iran has endured centuries of threat and persecution.  Yet it has never been as strong as it is now.   It is true that there are more arrests than before, but never before have we seen so many Iranians convert to Christianity.”

Ansari leads a movement called Heart 4 Iran, whose aim it is reach more Iranians with the Gospel message of Christ’s love.   Among the ministries involved with the movement is Mohabat TV, a Farsi Christian television channel, of which Ansari is director.  When asked if the pressure scares people away from asking spiritual questions, he responded, “The pressure is meant to intimidate the public but in 2018 our ministry handled several hundred contacts with curious seekers inside Iran every day!  Despite the pressure, people are still looking for alternatives.”

Iran is 40 years into a theocracy called the Islamic Republic of Iran, but it seems there is a growing crisis of faith.   To that end, “We ask the believers to pray for Iranian government officials to end the harassment of Christian converts.   Pray for God to give strength and perseverance to persecuted Christians across Iran.  And pray for basic human rights in Iran to be observed.”