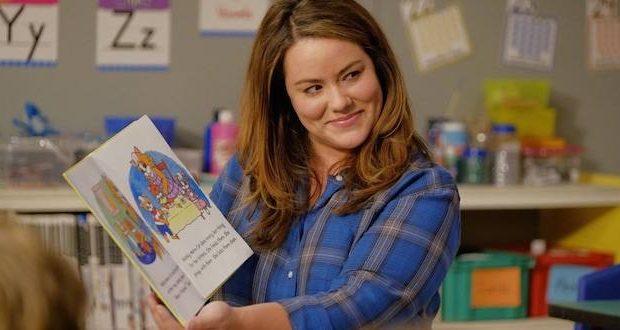 Over 80 percent of prime-time network family comedy television shows have scenes in which adult characters use sexually explicit dialogue in front of children, a family media watchdog group has warned.

In a new report released this week, the Parents Television Council has documented the widespread use of sexually charged language in television shows across multiple networks that the networks themselves are deeming to be family-friendly.

“What we are seeing is the frog in the boiling water, where as the temperature goes up, the frog doesn’t realize how hot it has gotten,” Winter told The Christian Post in an interview. “We have certainly seen over the last several years an increase in sexualizing content, especially for young girls.”

“ALL of the ‘family comedies’ aired on CBS, NBC, and Fox contained instances of sexual dialogue by adults in the presence of children, and 80 percent of ABC’s ‘family comedies’ did,” the report states. “However, ABC had the most individual instances of such content. This is largely due to the fact that ABC’s schedule contains many more family-themed comedies than other networks. The network with the second most instances was Fox. NBC was a close third, with nearly all its instances from the Spring 2018 series ‘A.P. Bio.'”

The show with the most instances of adult sexual language in front of children, according to the report, was the NBC series “A.P. Bio.” Fox’s “The Mick,” ABC’s “American Housewife,” CBS’s “Life in Pieces,” and Fox’s “Family Guy” followed in that order.

In an “A.P. Bio” episode that aired on Feb. 1, a high school teacher is seen telling his students about how his girlfriend turned him down for sex. The teacher went on to explain how he got drunk and told a police officer to “pleasure me sexually.”

“The show is about a disgruntled, Harvard-educated biology teacher who feels like he is stuck teaching high school. He just vents all of his sexual frustration in front of school children,” Winter said. “If you could imagine in real life and you are a parent with a high-school aged child, the notion of a teacher sitting there and saying the type of sexually explicit things that this teacher does, it really would shock your conscience.”

An episode of “The Mick” from November 2017 showed an adult character and 8-year-old character playing a video poker game at a bar. The game featured a woman wearing a bra. As the game progresses, the female in the game takes offer her clothes. At one point in the scene, the 8-year-old declares: “I can see her booby.” 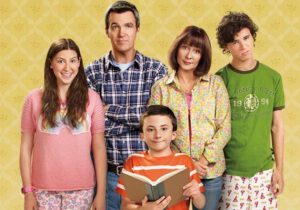 ABC’s The Middle steered clear of most sex talk and is rated as one of the cleanest.

“I feel like you’re a bit too young for this game. but the damage is already done. Let’s see if we can get this other nipple,” the adult character says.

The adult character later asks his girlfriend for a quarter because the 8-year-old character is “a jack away from uncovering the vagina.”

“When the content is normalized, it becomes acceptable and children are desensitized,” Winter said. “Even the most diligent parent doing the best they can at instilling their values in their children, they are doing what they can but when the entertainment media and the culture tells children that the opposite is what everybody else thinks, it’s overwhelming for a parent in the 21st century.”

“The Mick” was cancelled by Fox earlier this year, a move praised by PTC.

While no show featured in the study steered entirely clear of the sexual language, there were six shows that had “very little” or “practically none,” according to PTC’s head of research operations Christopher Gildemeister. Those shoes include CBS’ “Kevin Can Wait,” CBS’ “Man with a Plan,” ABC’s “Fresh off the Boat,” ABC’s “The Middle,” NBC’s “This is Us,” and the CW’s “Jane the Virgin.”

PTC believes that there is a desperate need to reform the Federal Communications Commission’s TV ratings system.

“When you look at some of these examples, you scratch your head and ask, ‘How could this content be rated as appropriate for children to watch?'” Winter said. “That goes back to the content rating system and how it is implemented. Each TV network gets to decide for itself what to rate a show in terms of its content rating.”

“They know that if they rate it as mature audiences only — TV-MA — most advertisers won’t sponsor it because most advertisers don’t sponsor MA-rated content because they don’t want their brands aligned with that content,” he continued. “The networks can take explicit content and inaccurately rate it as appropriate for children that way the advertisers will stay and also parents are mislead into allowing kids to watch this stuff.”

Winter added that the monitoring board in charge of overseeing the TV rating system is “comprised of the very same executives that rate content wrong to begin with.”

“That means the FCC handed oversight of the rating system to the very same people who determine what the ratings are,” Winter stressed. “This is a clear example of the fox guarding the hen house.”

PTC is calling for a regulatory review of the 22-year-old ratings system to see how it can best be reformed to be more helpful to parents.

“There is tremendous movement toward it. We have had meetings on Capitol Hill, even President Trump after the school shooting in Parkland, Florida, talked about how the rating systems to help parents,” Winter explained. “We were invited to the White House to discuss how violent media is being marketed to children. It is also sexually explicit media and profane media. All of it being given ratings by the producers and distributors that suggest to their parents that it is OK for kids to watch.”

Winter feels that it is a bit ironic that the PTC report was released as news reports are swirling about CBS’ former Chairman and CEO Les Moonves stepping down after facing several accusations from women of sexual abuse.

“Here you have in real life someone being held to account for their behavior,” Winter said. “But on television now, you are asked to laugh at and be amused [by] dialogue discussing that very same type of behavior.”