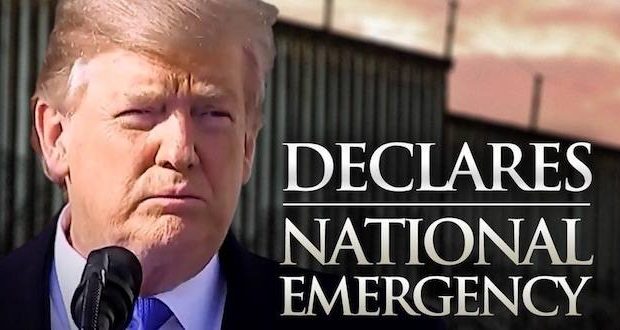 The American Civil Liberties Union (ACLU) is filing a lawsuit against President Donald Trump following his declaration of a national emergency on Feb. 15.

Trump said that the situation at the border has devolved into a crisis that is best solved by declaring a national emergency, freeing him up to gather funds to build a border wall from a range of sources.

READ THE LIST OF EMERGENCIES DECLARED BY FORMER PRESIDENTS

Negotiations over the past few months left Trump with only $1.3 billion for the wall in the appropriations he signed on Friday, a figure he called unacceptable. This was after Nancy Pelosi said she would give the President only $1.

The ACLU said via Twitter that Trump’s declaration was “blatantly illegal.”

The group added: “There is no emergency. This is an unconstitutional power grab that hurts American communities. We’ll see him in court.”

Cecillia Wang, the group’s deputy legal director, argued that the number of border crossings is down from previous years and that Trump has been denying people who are trying to legally seek asylum.

Wang left out that suspected terrorists try to enter the United States every year, that human trafficking and sexual assault are a key aspect of the crisis on the southern border, and that most asylum seekers are initially approved but ultimately are found not to qualify for asylum.

She also said nothing of the 58 emergencies declared by former presidents, including many that are still in force.

According to Harvard professor John Yoo, Trump has the power to declare an emergency at the border, especially because Congress in 2006 passed a law approved by Democrats and Republicans authorizing the construction of a wall.

In Dames & Moore v. Regan (1981), Yoo wrote, the Supreme Court “found that when Congress broadly delegates a general power to the executive branch in the area of foreign affairs, such as the power to impose economic sanctions, it would not read Congress’s neglect to grant a more specific, related authority as foreclosing the president from exercising that authority.”

He added, “Instead, it would treat Congress’s silence as acquiescence to presidential initiative, especially in times of emergency. That is exactly the case here: Congress has authorized a wall and other security measures at the border, it has not passed any law forbidding such a wall, and the president has invoked delegated powers to continue the wall’s construction.”

Trump said during a press conference announcing the national emergency that he knew he would be sued.

“[W]e will have a national emergency. And we will then be sued, and they will sue us in the 9th Circuit, even though it shouldn’t be there. And we will possibly get a bad ruling, and then we’ll get another bad ruling,” he said referring to how lower courts have ruled against him on a number of issues only to have his actions upheld by the nation’s highest court.

The last reference was to a travel ban Trump issued on eight countries, including Chad, Libya, and Syria, because of known terrorism issues. The ban outlined varying restrictions for the countries but ultimately left most citizens from them unable to emigrate to the United States.

The ban was repeatedly ruled unconstitutional by lower courts but nearly a year after it passed, the Supreme Court upheld Trump’s executive power.

Justice John Roberts, writing for the majority, said, “The President then issued a Proclamation setting forth extensive findings describing how deficiencies in the practices of select foreign governments—several of which are state sponsors of terrorism—deprive the Government of ‘sufficient information to assess the risks [those countries’ nationals] pose to the United States.’”

This proclamation, Roberts found, satisfied the requirements of the 1952 law that gives the president power to restrict immigration to the United States, reported The Epoch Times.

While a number of reports tried to portray the travel ban as aimed at Muslims, Roberts said that just wasn’t true.

“The Proclamation is expressly premised on legitimate purposes: preventing entry of nationals who cannot be adequately vetted and inducing other nations to improve their practices. The text says nothing about religion,” he said.

“Today’s Supreme Court ruling is a tremendous victory for the American People and the Constitution. The Supreme Court has upheld the clear authority of the President to defend the national security of the United States,” Trump responded in a statement.

“This ruling is also a moment of profound vindication following months of hysterical commentary from the media and Democratic politicians who refuse to do what it takes to secure our border and our country.”

Previous: National emergencies were normal for former presidents
Next: Trump-hater points gun at man in MAGA hat; “It’s a good day for you to die.” 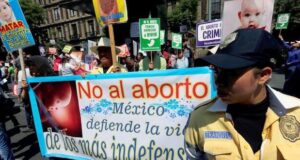 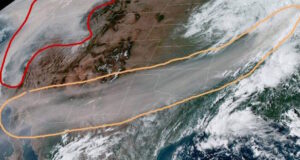 Look up. Those hazy skies is smoke from the West Coast 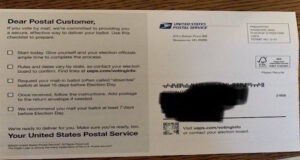