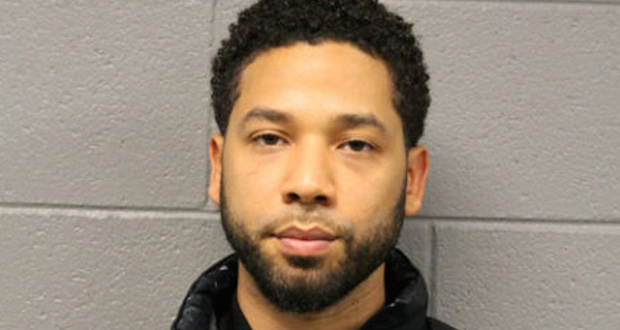 “Empire” TV actor Jussie Smollett turned himself in to Chicago police Thursday after being charged with a felony, accused of falsely claiming to be the victim of a hate crime perpetrated by white Trump supporters.

It’s the latest twist in a story that saw the media and high-profile political leaders rush to the actor’s defense after he claimed to have been targeted by MAGA hat-wearing white men yelling pro-Trump slogans.

It was all a lie.

Approximately three weeks ago, Smollett told police that two men poured bleach on him while yelling racist and homophobic slurs and declaring, “This is MAGA country.” But now those men – two siblings from Nigeria – are cooperating with police and say Smollett orchestrated the whole thing.

New surveillance video shows them buying a red hat and ski masks – items used in the alleged attack which the brothers say Smollett paid them to carry out. The police also say phone records show Smollett talked to the brothers before and after the incident. It is being reported that one of the brothers has deposited a check from Smollett for $3500.

Now Gloria Schmidt, an attorney for the two siblings, is urging Smollett to come clean.

“I think Jussie’s conscience is probably not letting him sleep right now,” she said. “I think he should unload his conscience and come out and tell the American people what happened.”

Meanwhile, the FBI is also investigating whether Smollett sent a threatening letter to himself the week before the alleged attack.

So far, Smollett has insisted he is the victim, with his attorneys, Todd S. Pugh and Victor P. Henderson, issuing a statement to CNN Saturday in response to reports that he staged the whole incident.

“As a victim of a hate crime who has cooperated with the police investigation, Jussie Smollett is angered and devastated by recent reports that the perpetrators are individuals he is familiar with,” the statement read. “He has now been further victimized by claims attributed to these alleged perpetrators that Jussie played a role in his own attack. Nothing is further from the truth and anyone claiming otherwise is lying.”

When the alleged attack was first reported, some on the left rushed to call it a hate crime. Sen. Kamala Harris (D-CA), a Democratic presidential contender for 2020, called it a “modern-day lynching.” 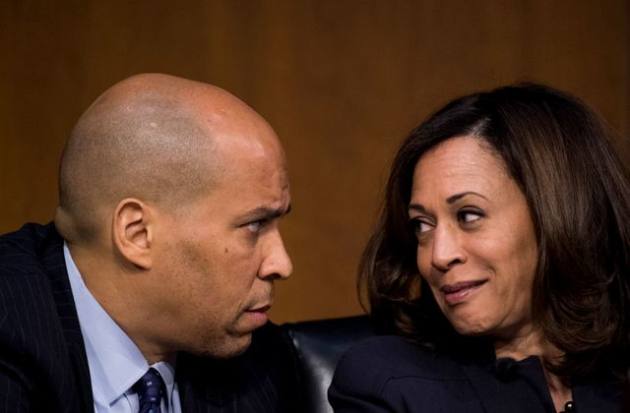 Senators Booker and Harris were among the first to support the false claim.

Meanwhile, members of the mainstream media are also being accused of a rush to judgment, with conservative critics saying they were too quick to give credence to a questionable story that put Trump supporters in a bad light before all the facts were in.

“You know, I think it’s been pretty obvious since 2015, they are very anti-Trump,” Rich Noyes, research director for the Media Research Center, charged. “They have a low opinion of Trump supporters. But they need to be just and fair and responsible in reporting on any situation that brings a new set of charges.”

And it wasn’t just conservatives who were skeptical of Smollett’s story.

Comedian Trevor Noah, host of the “Daily Show” on Comedy Central, was one of few to question the actor’s account of the alleged Jan. 29 attack.

“We live in a world where people are too enthusiastic at jumping at stories that confirm their biases instead of just pausing and going, ‘What do I make of the story?'” he said.

“I think increasingly since Trump has come into power, people are increasingly willing to accept any story that confirms anything about a Trump supporter or Trump or about a white person,” Noah added.

Meanwhile, Smollett’s legal team has issued the following statement: “Mr. Smollett enjoys the presumption of innocence… we intend to conduct a thorough investigation and to mount an aggressive defense.”

Smollett is due in court Thursday afternoon for a bond hearing. If convicted, he could face up to three years in prison.

The incident has become the most high-profile hate crime hoaxes since the 2016 election. Of the one thousand incidents of hate reported to police since that time, only five have actually been found to have been individuals who were supporters of the president or even have had voted Republican. All others claims were eventually recanted by their accusers, exposed by other witnesses or found baseless in court proceedings.

Rarely has the media reported on the outcomes of these false reports, until now.