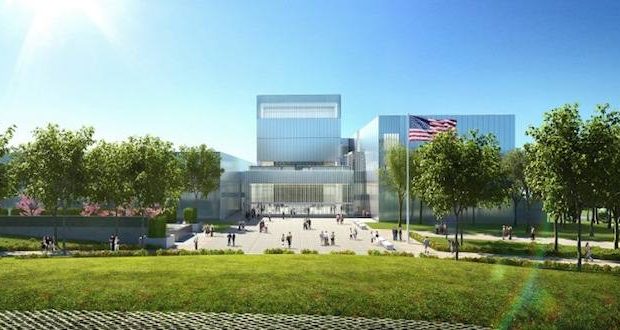 The National Museum of the US Army

After 200 years, US Army gets its own museum

Right now, the US Army is the only military branch without its own national museum. In 2020, that’s set to change. The future capstone of the Army is still under construction on a hill in Virginia.

The Army says it’s been a long time coming, and they took us inside the steel fortress in Fort Belvoir for a sneak peek.

When workers rolled away the protective covering to reveal the U.S. Army emblem on the lobby floor this summer, it had been some two years since the Army installed the final steel beam.

That milestone was some 200 years in the making after the 13th U.S. Congress authorized a national museum for the Army. 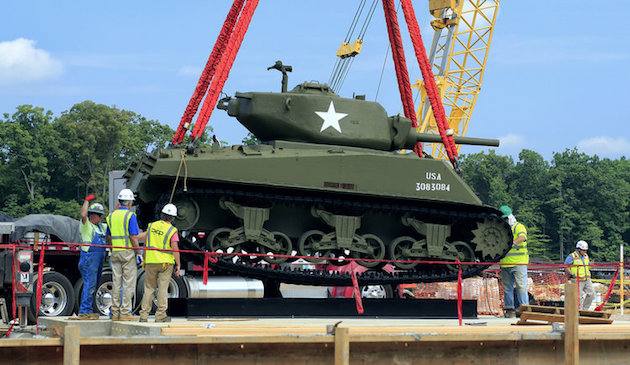 “We are the last service to have its own national museum,” said Tammy Call, director of the National Museum of the U.S. Army.

It took a lot of heavy lifting to move every artifact inside. One major macro artifact is the “Cobra King” battle tank, the “First in Bastogne” 38-ton legend that broke through the German lines during World War II’s “Battle of the Bulge.”

Another set-piece is M3 Bradley fighting vehicle that led the charge in the 2003 invasion of Baghdad, Iraq.

Those moves helped pave the way for suspending the Vietnam era UH-1 “Huey” from the ceiling as the Army prepares to bring in many more artifacts.

Now, the oldest branch of the U.S. military is “rolling along” into a 185,000 square-foot glass and steel citadel above 84 acres some 20 miles south of the nation’s capital.

“It represents a beacon, again the strength of the Army, the safety of the Army, and that’s how we protect our citizens as well,” said Call. 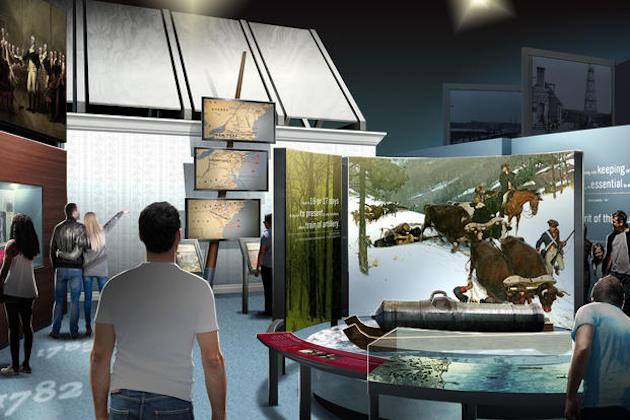 Call explained the museum tells “the Army’s story, the comprehensive story, through the eyes and voices of our individual soldiers.”

One of those voices belongs to the late Melvin Nesteby, a survivor of the Bataan Death March during World War II.

“I will always be a soldier,” Nesteby once said.

Hundreds of Nesteby’s fellow American soldiers died when the Japanese Army beat and tortured their prisoners of war during a forced march of more than 60 miles.

With him was a New Testament pocket Bible, in which Nesteby had underlined a passage that read: “A well of water springing up into everlasting life.”

Nesteby’s holy writ was just one of over 7.4 million copies issued to American G.I.s during World War II. But this Good Book carried Nesteby’s past, the perils of murder and disease over the course of four POW camps in three and a half years.

“He carried this Bible throughout that whole ordeal…lack of water or starving, this helped him through that time,” ” said Paul Morano, the chief of exhibits at the Army museum.

“He gave his life, his service, to the United States Army, and his story, along with this Bible, needs to be told,” said Morando.

The museum will cover the history of the Army from the Revolutionary War to the wars in Iraq and Afghanistan. The Army says that after more than 240 years since its founding, this testament to its service and its soldiers is long overdue.