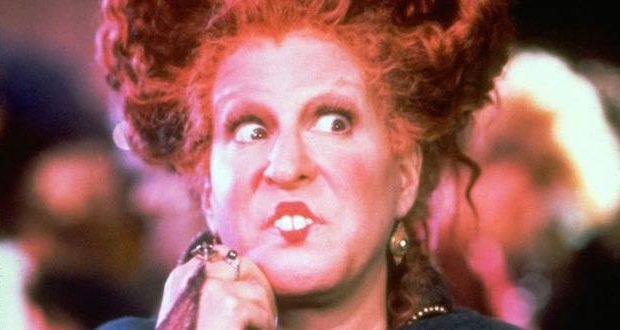 Missouri Senator Claire McCaskill has been forced to bring in the heavy hitters in American politics. The incumbent Senator on Sunday received support from a powerhouse of foreign and domestic policy, an expert on all things Missouri–no, it was just Bette Midler.

“MISSOURI! LISTEN UP! This is a shout-out for the hardworking, heavy-lifting, #ClaireMcCaskill runnng [sic] against #Trump surrogate, J. Hawley. Don’t vote for more crazy!! ‘My job is not to fight the president,’ Claire says ‘My job is to fight for Missourians.’ VOTE MCCASKILL!”

The tweet had thousands of likes and retweets as of Monday morning.

Midler’s tweet was surprisingly nice. In the past, the liberal actress has received criticism for apparent support of violence against Republicans. In February, during the debate about the Federal budget, she tweeted “Where’s Rand Paul’s neighbor when we need him.” The comment was in reference to the neighbor of Rand Paul who was arrested for a vicious beating of the Senator as he mowed his lawn. Paul ended up with serious injuries from the beatdown.

Just two weeks ago Midler was roundly criticized by African-Americans for an obnoxious tweet in which she said, “Women are the n-word of the world…”.

She was attempting to connect the struggle of women and blacks but in doing so, she was accused of dismissing people of color, primarily black women.

In her latest attempt to be relevant in the current political climate, Midler didn’t just offer her support for McCaskill, she also encouraged Florida voters to re-elect Sen. Bill Nelson, who’s being challenged by Republican Governor Rick Scott. She also threw her support behind democratic candidates in Minnesota and Pennsylvania.