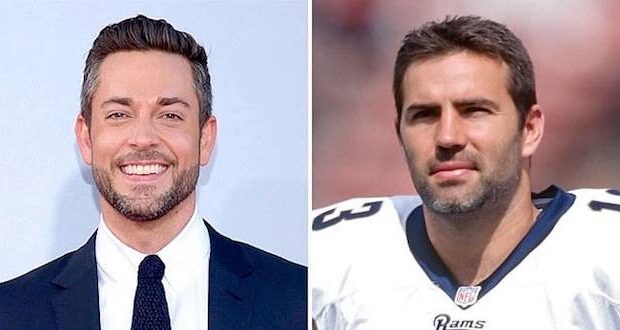 People often consider the success of Christian quarterback Kurt Warner to be a made-in-Hollywood story. Soon, it will be.

“American Underdog: The Kurt Warner Story” will be directed by Jon and Andrew Erwin and released by Lionsgate. The Erwins also directed I Still Believe, I Can Only Imagine and Woodlawn.

Warner was working at an Iowa Hy-Vee grocery store in the 1990s when he won a job as quarterback for an Arena Football League team, the Iowa Barnstormers. He was so impressive that he eventually was signed by the St. Louis Rams, which he guided to two Super Bowls, winning it in 2000.

“Kurt’s story is one of relentless faith – in his own abilities but even more so in a higher power,” Levi said. “When I read Kurt’s story, I identified with the quiet strength he found to persevere – that’s something I think anybody can recognize in their own lives. This is the kind of underdog story that sports movies are all about, and the fact that it’s true makes it even more special. I’m thrilled to be part of bringing his story to audiences.”

“It’s one of the greatest underdog stories I’ve ever heard,” Erwin said. “And the story behind the story – the story that people don’t know – is even stronger. Kurt and Brenda are amazing friends. They’re amazing partners. That movie is going to be extraordinary. It’s like Jerry Maguire meets Rocky – from the supermarket to the Super Bowl.”

Warner played college football at Northern Iowa and completed his senior season in 1993.

“He was out of football for several years, playing arena on the weekends and stocking shelves,” Andrew Erwin said. “He married a single mom who had two kids – one with special needs. He got one last shot [in the NFL] to fight for his family and made it all the way to the Super Bowl.”

Warner was inducted into the Pro Football Hall of Fame in 2017.

In addition to American Underdog, Levi is also set to star in the superhero sequel Shazam 2 and the music-driven family comedy Undercover, about a down-on-his-luck ex-rocker, Jack, who joins a group of young musicians in a wedding cover band led by an outcast named Ben (Riverdale’s Cole Sprouse).

Production on American Underdog: The Kurt Warner Story is expected to begin later this year.