Home / Entertainment / And you thought she was dead: Star outlives entire cast 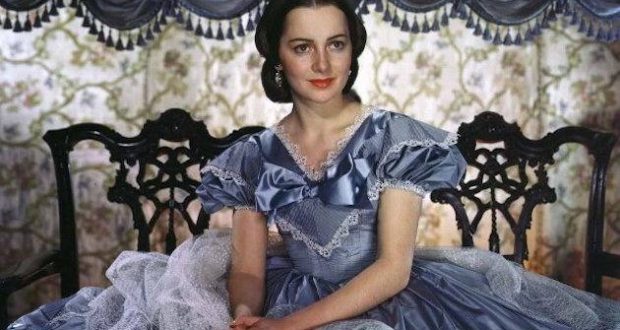 And you thought she was dead: Star outlives entire cast

Olivia de Havilland, the lone surviving cast member of the Hollywood epic “Gone with the Wind,” turned 102 Sunday. A reporter once asked her about her deep faith which she shared.

The two-time Best Actress Oscar winner — who was named a dame by Great Britain last year — has lived in Paris since 1956 and for decades has been a lay reader in her Anglican church. 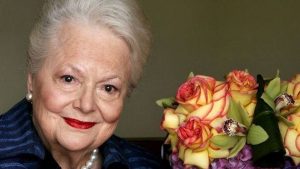 “So how do I feel about older age?” she said in an interview with Entertainment Weekly before her 99th birthday.

“Crazy about it! Wouldn’t trade it for anything!”

De Havilland’s role as the sweet, suffering Melanie in the 1939 epic “Gone with the Wind” rocketed her to fame and she went on to win Academy Awards for her roles in “The Snake Pit” and “The Heiress.”

A British writer for Anglicans Online once wrote this about her faith:

Ten years ago, on Christmas Eve 2001, I heard for the first time Olivia de Havilland read the Scriptures in the Cathedral of the Holy Trinity, Paris. When I had first learned that Miss de Havilland read several times a year, I had wondered whether it might be some way of gaining notoriety for the church. I was struck by her resonant alto voice and meticulous preparation, which clearly communicated not only the words but also something of the Word. It was immediately clear that this woman is a model for lectors — what we used to call lay readers — everywhere.

One Easter Vigil, at the end of the service, I thanked her for her reading of the account of the Fall in Genesis 3. “You may have retired from the cinema,” I said, “but not from your art.” She gave me a shrewd look and said, “If you pitched it right, you could have people rolling in the aisles, you know.” It was then that I determined to ask Miss de Havilland for an interview, in order to write this very article.

Incidentally, I find it impossible to call her “Olivia” though most parishioners do with her encouragement. It has to do in part with the way I was brought up: she is after all a distinguished artist with a great portfolio of theatre and cinema awards. It was her unwillingness to allow the studio system of virtual indentured servitude to rule her that led to the emancipation of actors, directors, screenwriters, and musicians in a precedent-setting lawsuit against Warner Brothers — “the de Havilland precedent,” which is still invoked regularly. She was then able to do the kind of work she wanted to do.  Three Academy nominations soon followed for To Each His Own, The Snake Pit, and The Heiress.  Both To Each His Own and The Heiress won her an Oscar. In retirement, she lives in Paris.

Beyond these well-known facts, Miss de Havilland is a woman of genuine faith, which she brings to bear on her lay reading so as to make each lesson a personal statement. Her paternal grandfather, Charles de Havilland, was an Anglican priest whose last cure was on the isle of Guernsey, where the “de H’s” (as she calls them) have lived for a millennium at least. Her British mother raised her as an Episcopalian, though she did have a stint as a girl in a Roman Catholic convent school, which gave her a lasting admiration for women religious.

Not everyone will have the talent and experience of an Olivia de Havilland. That is not the point. When the worship comes from the heart, including the readings, and the whole liturgy is done with loving care, visitors “will fall down and worship God, exclaiming, ‘God is truly among you!’” (I Cor. 14: 25)

And let her have the last word. “I once asked Jimmy Cagney, ‘just what is acting?’ He said at first, ‘I dunno…’ But then he said, ‘All I know is that you have to mean what you say.’”

Tagged with: entertainment gone with the wind history movies

Previous: Events at the Liberty Memorial and National world War I Museum worth seeing this month
Next: Iran says Israel stealing its clouds 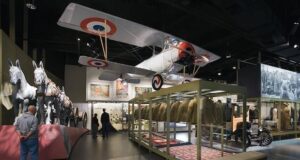