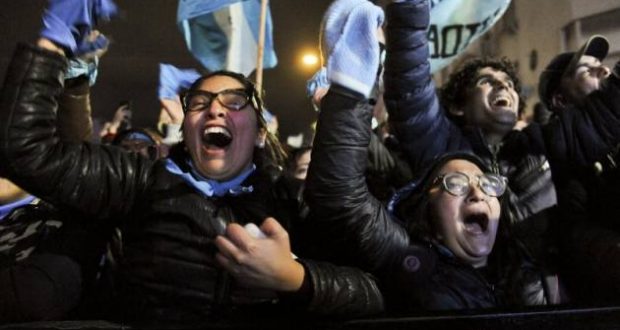 Women celebrate the defeat of a bill that would have legalized abortion for any reason.

BUENOS AIRES, Argentina — In a reversal of fortunes for the pro-abortion movement that has pushed for abortion around the world, Argentina’s Senate on Thursday rejected a bill to legalize elective abortion. It was a resounding defeat for a movement that came closer than ever to allowing for the killing of pre-born children in the homeland of Pope Francis.

Lawmakers debated for more than 15 hours and voted 38-31 against the measure that would have legalized abortion in the first 14 weeks of pregnancy. The decision could echo across Latin America, where pro-life forces remain strong and energized even if the Roman Catholic Church has lost influence and moral authority due to secularization.

For long hours, thousands of supporters wearing green handkerchiefs that represent the effort to legalize abortion and pro-life supporters of the measure wearing light blue braved the heavy rain and cold temperatures in Argentina’s winter to watch the debate on large screens set up outside Congress.

The demonstrations were largely peaceful, but after the vote, small groups of pro-abortion supporters violently fought with police, throwing firebombs at the pro-life crowds and setting up flaming barricades. Police officers responded with tear gas. Pro-life supporters, which included many young people and their small children in strollers, did not respond to the violence but rather quickly returned home.

Pushed by a wave of demonstrations by women’s groups, communists, anarchists, and even some American groups like Planned Parenthood, the lower house had already passed the measure and conservative President Mauricio Macri had said that he would sign it, even though he claimed he was pro-life.

“Regardless of the result, today, democracy wins,” Macri said ahead of the vote.

In Argentina, abortion is only allowed in cases of rape and risks to a woman’s health.

Backers of the measure said legalizing abortion would save the life of many women. The Health Ministry claimed in 2016 that the country sees as many as half a million clandestine abortions each year, with dozens of women dying as a result though little evidence was presented. The Catholic Church and other groups opposed it, saying it violated Argentine law, which guarantees life from the moment of conception. They preferred the government increasing resources for women to seek adoption and connecting young and poor women with more adoption information.

In recent years, Argentina has been at the forefront of social movements in the region. In 2010, it became the first country in Latin America to legalize same-sex marriage. More recently, the Ni Una Menos, or Not One Less, movement that was created in Argentina to fight violence against women has grown into a global phenomenon.

The issue pitted the Catholic Church against communists, feminist groups against pro-family women’s groups, physicians against physicians. While pro-abortion activists waited for the decision under umbrellas, pro-life supporters gathered Wednesday night at a “Mass for Life” at the Metropolitan Cathedral, the church of Pope Francis during his tenure as the archbishop of Buenos Aires.

Doctors all across Argentina were fighting against the pro-abortion bill that could punish them for refusing to abort unborn babies. Hundreds of doctors recently protested the legislation after it passed the lower house in June.

About 300 hospitals and medical groups across the country announced their opposition to the legislation, in part, because of a lack of conscience protections. According to the report, private hospitals would not be allowed to opt out of aborting unborn babies under the bill.

During the protest, many doctors held signs with the message, “I’m a doctor, not a murderer.” Some said they would rather go to jail than kill unborn babies in abortions.

“It’s not about religious beliefs but about a humanitarian reason,” Cardinal Mario Poli, the archbishop of Buenos Aires, told churchgoers. “Caring for life is the first human right and the duty of the state.”

Pope Francis this year denounced abortion as the “white glove” equivalent of the Nazi-era eugenics program and urged families “to accept the children that God gives them.”

Activists estimate that 3,030 women in Argentina have died of illegal abortions since 1983. Pro-life activists ask why abortion seems to be the only solution the left will consider while adoption and medical resources are  never considered by the left to help these primarily poor women who feel they have no other option.

International human rights and women’s groups have been closely following the vote though they only focus on the rights of the woman rather than that of the unborn child.  And, right on cue, Hollywood inserted itself into the debate as actress Susan Sarandon and “The Handmaid’s Tale” author Margaret Atwood supported the pro-abortion cause with support coming from other liberal American quarters and some Democrat leaders in Congress. 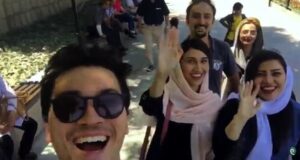 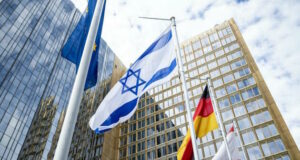 German CEO to employees: accept the Israeli flag or get a new job 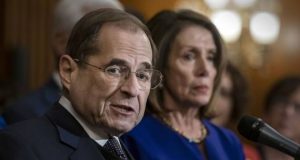 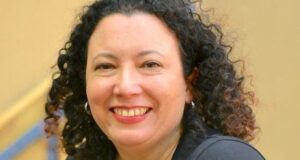 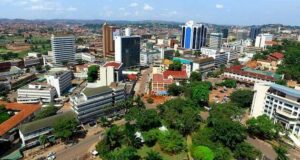 Extremists murder another pastor in Uganda 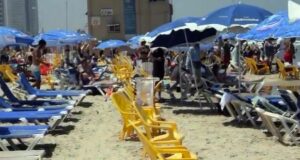