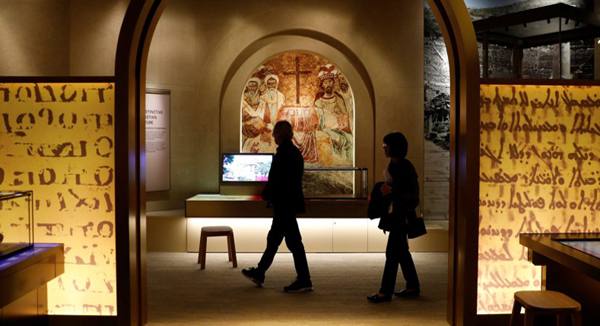 In the first decade of the 21st century, New Atheism was all the rage. Students, with little appetite for Aristotle, Aquinas, or Augustine, devoured the pop philosophies and polemics of Harris, Hitchens, and Dawkins. And some 2,000 years of philosophical endeavor and inquiry — “Is there a God?” — was dismissed as a dumb question.

Despite the arrogance behind it, the sentiment found mass appeal. Book tours and debates were dedicated to the cause. Professors hurled insults and accusations at “organized religion.” Atheism was cool; religion was not. In America, TV shows specifically designed to expose and ridicule creationist bumpkins were aired. In Britain, ad campaigns on buses (“There probably is no God, now stop worrying and enjoy your life”) sought to dissuade the population from God-fearing.

Why this militancy was so urgent, however, remains unclear. In the West the purging of Judeo-Christian influence from the academy, media, and the entertainment industries had been underway for decades, if not centuries. In the 19th century, industrialization and the intellectual tour de force of Darwin, Nietchze, Freud, Marx, et al., had sown the seeds of doubt, which two world wars later were watered with blood.

By the time the 24-year-old William F. Buckley Jr. sat down to write God and Man at Yale in the early 1950s, the future elite was being reared on the intellectual diet of Keynesian economics and agnosticism. Religion became a private matter, then an embarrassing one. Today, after the fad of “New Atheist” zeal, the liberal elite’s snobbery and hypocrisy are worse than ever.

For those with enough good fortune by way of talent or opportunity to attend colleges such as Yale, it may well be possible, of course, to get through life without ever encountering a vacuum of meaning, authority, and purpose. But for most people, especially the disillusioned and disaffected, this is not so.

G. K. Chesterton said as much when he argued that when people stop believing in God, they don’t believe in nothing — they believe in anything. And in its various ideological and political forms, the 20th century saw fervent and oftentimes deranged pursuits of heaven on earth and salvation via man-made power.

In 1978, for instance, 912 Americans, including 215 children, took cyanide-laced punch in the Peoples Temple commune in Guyana at the order of their leader, Jim Jones. “The most notable thing about cult leader Jim Jones and his Peoples Temple sect is the amount of liberal and leftist support this lunatic and implausible messiah managed to attract,” the editors of National Review observed at the time.

It is notable, yes. But is it surprising?

The Peoples Temple was an effective instrument of left-wing activism. In a “death tape” recovered by the FBI, Jones claimed that the act was one of “revolutionary suicide.” The real villains, Jones argued, were capitalist American pigs.

The hippie era saw the prominence of figures such as not only Jim Jones but also the Weathermen and the Symbionese Liberation Army, which kidnapped Patty Hearst. Popular culture, and Hollywood in particular, were swept up in the craze. Jayne Mansfield drank fake blood at the altar of Anton LaVey’s Church of Satan. And some of Neil Young’s music was partly inspired by the murderer and cult leader Charles Manson.

Hence it is important to remember that the fervently religious cults of the latter half of the 20th century were often enabled, if not supported, by the liberal status quo. In her essay “Cults and Cosmic Consciousness: Religious Vision in the American 1960s” (2003), Camille Paglia — an atheist, incidentally — explained: there was a massive failure by American universities to address the spiritual cravings of the post-Sixties period. The present cultural landscape is bleak: mainline religions torn between their liberal and conservative wings; a snobbishly secular intelligentsia; an alternately cynical or naively credulous media; and a mass of neo-pagan cults and superstitions seething beneath the surface.

In 2018, these paradoxes are even further entrenched. For instance: Why do the liberal elite fail to address — no, acknowledge — the religiosity of ISIS? What is the stringent dogma of identity politics if not a bad religion? Why, as the Pew Research Center has found, do 1.5 million Americans identity as Wiccans (witches) or pagans, outnumbering Presbyterians? Note that a handful from the Wiccan-pagan community decided to put a “hex” on Justice Brett Kavanaugh.

If the cults and ideologies of the 20th century have taught us anything, it’s that the liberal elite ignores the religious impulse at its peril.

Previous: The Other Side of Christmas
Next: LIFE LESSONS FROM A LITTLE ONE – Believe