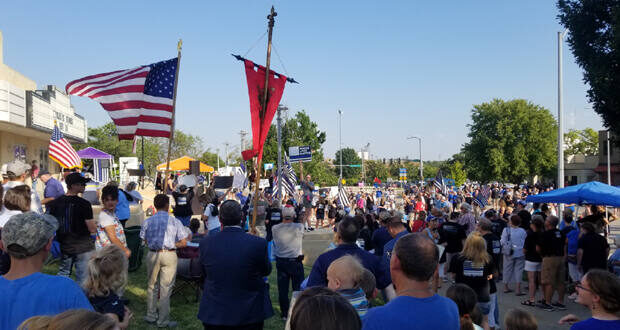 A large crowd of approximately 500 people gathered ahead of Tuesday night’s special City Council meeting to support local police during a Back the Blue rally. The rally took place on the street and on the steps outside the council chambers at 214 S.E. 8th Ave., in front of Topeka Performing Arts Center. 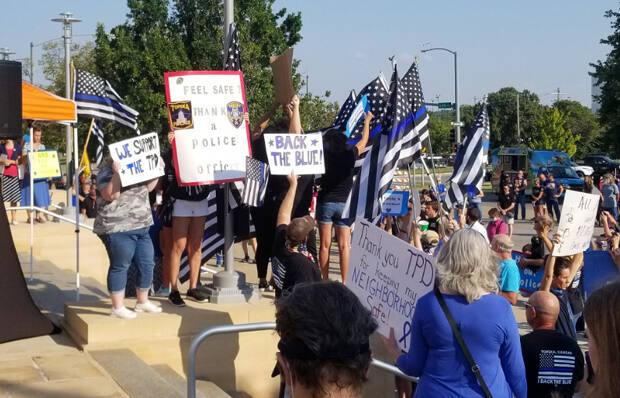 The rally lasted about two hours and featured community leaders and other speakers who support the police. Besides many flags and signs displayed, there were also patriotic songs, and the Pledge of Allegiance was recited.

Ron Gish, a retired police officer, was the main organizer behind the rally.

“We support law enforcement…we condemn crime and criminal acts, so anything that’s happening like this vandalism of a mural over here with George Floyd – that doesn’t help Topeka, it just makes people mad and angry at each other and divides us.,” Gish said. 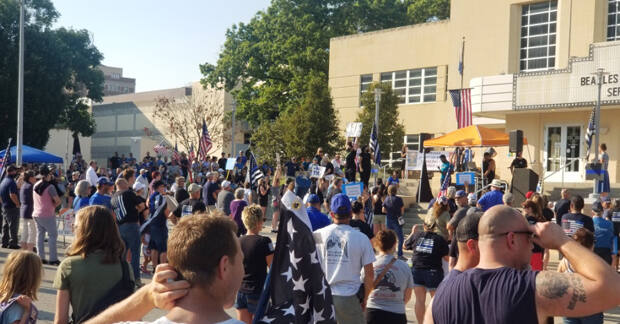 The speakers made it clear they supported Topeka police and opposed a number of police-reform policies proposed by the Topeka Human Relations Commission and the “8 Can’t Wait” policies presented by Campaign Zero.

Gish said the proposed policies were “for the criminal.”

“They’re for the person who’s resisting arrest,” he said.

A couple dozen protesters supporting Black Lives Matter showed up mid-rally and began chanting slogans during some of the speeches. Although there was some tension, things remained peaceful. 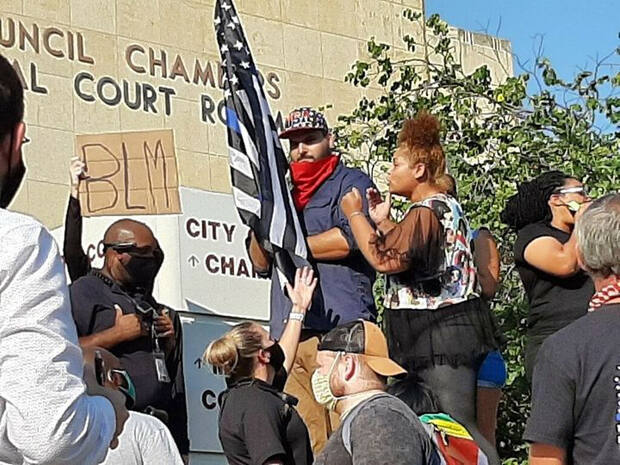 In a sort of “Nick Sandmann” moment, a Black Lives Matters activist gets in the face of a Back the Blue rally flag-holder.

“Right now in this country it feels pretty alone as a police officer,” Gish said. “When you’re out on the street, you don’t know who your supporters are you don’t know who the people are who don’t support you and it’s a dangerous job anyway before all of that.”

The proposed recommendations being considered by the city council include establishing a community oversight board to review police conduct and banning the use of tear gas. There is also one that would require officers to keep their firearms in the trunk of their vehicles until authorized by a superior to access them.

The Fraternal Order of Police is opposed to the recommendations, saying they would be “a wedge to further divide our community.”

The city currently has an independent police auditor appointed by the city manager to review allegations of misconduct within TPD.

The city council didn’t take any action at Tuesday’s meeting. 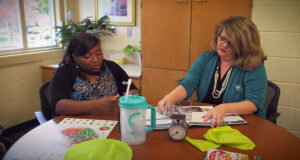 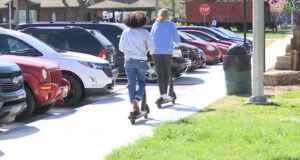