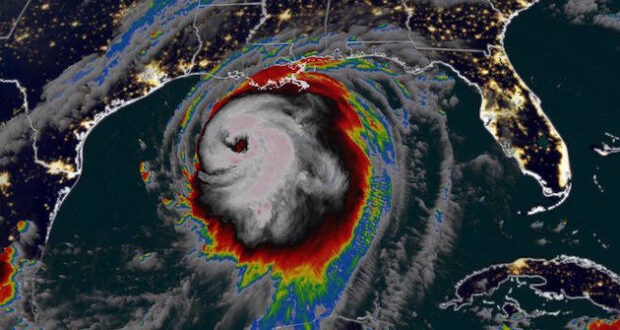 The Gulf Coast of the United States is rapidly prepping for hurricane Laura which is “rapidly intensifying” over the Gulf of Mexico Wednesday morning.  It is expected to become a Category 4 hurricane, the National Hurricane Center said.

Laura is expected to produce life-threatening storm surge, extreme winds and flash flooding over eastern Texas and portions of Louisiana, according to the NHC.

Laura, the fourth hurricane of the season, has maximum sustained winds of 115 mph, according to the NHC’s 8 a.m. update. Once it exceeds 129 mph it will be classified as a Category 4 major hurricane. As it approaches the coastline its winds are forecast to grow in strength Wednesday to maximum sustained speeds between 120 and 130 mph. Rapid weakening should begin once it makes landfall. Laura is moving at 15 mph, and is 315 miles south-southeast of Lake Charles, Louisiana and 335 miles southeast of Galveston, Texas.

The hurricane is expected to reach the Louisiana and Texas coasts Wednesday evening and move inland either Wednesday night or Thursday morning. 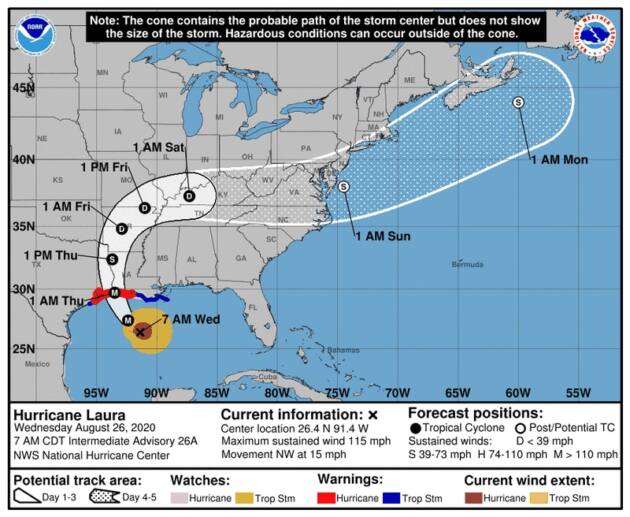 “Laura is forecast to become a category 4 hurricane today, and is expected to be a major hurricane at landfall. Rapid weakening is expected after Laura makes landfall,” the center said in its 5 a.m. advisory.

A number of watches and warnings were issued to Gulf Coast communities.

A storm surge watch was advised from the Mouth of the Mississippi River to Ocean Springs, Mississippi, as well as Louisiana’s Lake Pontchartrain, Lake Maurepas, and Lake Borgne. Lastly, a hurricane watch is in effect from East of Intracoastal City to Morgan City, Louisiana.