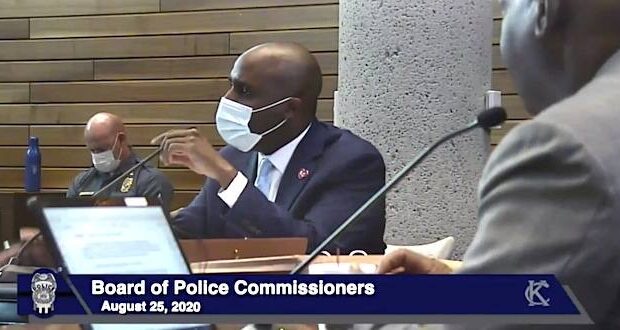 Missouri’s largest city may be in for some big changes for its police department. Kansas City Mayor Quinton Lucas discussed the plans in a closed session of the Board of Police Commissioners Aug. 25.

While the public has been kept out of the loop thus far, Lucas assured Kansas City residents that the September meeting will be open to the public and allow comment.

“The measures I propose will help increase accountability and build community trust — which will lead to a safer city for all,” Lucas said in a news release announcing the changes.

Lucas says he wants to propose major changes to the police department that will increase transparency including making reviews of police complaints more independent.  He would also require officers to intervene in instances excessive force used by a fellow officer and provide protections for whistleblowers within the department.

“Currently, the Office of Community Complaints director sends final determination to the Board of Police Commissioners ‘and/or’ the Chief of Police following a review,” Lucas said in the news release. “The review process needs greater independence outside the Board or department leadership.”

“Every officer I’ve ever talked to wants to make sure that every situation is handled as safely as possible for the suspect, for themselves, for the community, and I think this is one further step,” Lucas said.

The changes will include:

One of the central issues is the use of excessive force. Just last week, a KCPD sergeant was charged with third-degree assault in connection with a 2019 incident involving a 15-year-old teenager.

Gwen Grant, the CEO of the Urban League of Greater Kansas City, says police officers the idea a rule needs to be implemented within the department is telling.

“The very fact that a police officer has to have a policy to tell him or her that if they witness a fellow officer breaking the law, applying excessive force to a civilian under any circumstances is really unconscionable to me,” Grant told a local news station.

Grant used the case of Breona Hill as an example. Hill was 15-year-old teen whose teeth were broken in an encounter with police.  Grant said both incidents resulted in criminal charges against the responding police officers.

Lucas seems to be more realistic than some Democrat-controlled cities who are immediately cutting budgets and tying the hands of police officers.  Lucas contends changes will not happen immediately. He also expressed support for public safety officers, something that is missing in much of the response by city councils across the nation.

“I think we have an outstanding police department. I’ve said that a number of times. I think this can only make it stronger,” Lucas said.

Any proposals that are put forth will need to be worked through with the Fraternal Order of Police who, at the same time, want to insure the safety of officers responding to calls in which they have no idea what they are walking in to.

The September Board of Police Commissioners Meeting will be held at City Hall. It will mark the first time the public has attended a city meeting since the beginning of the city-ordered lockdown and social distancing efforts.

Lucas has stated he is against any efforts to defund the Kansas City Police Department.