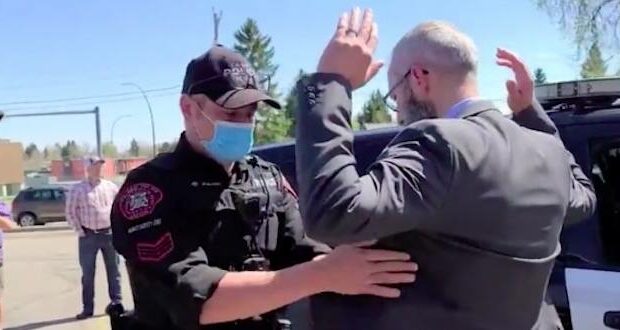 As Canadian churches remain closed or under severe Covid restrictions many pastors see Christianity crumbling. While Covid regulations are the current reason, the country’s government has become increasingly hostile to faith in recent years and pastors are taking notice.

Just this month, Tim Stephens, who pastors a church in Alberta, was arrested for defying the normally conservative provinces’ covid regulations. Then the church was ordered closed.

“Our concern is that maybe this is just a small preview about what myself and other pastors will face in this country, as we continue to experience … a change in the view of the world that is leaving behind our Christian heritage and roots, and really a view of the world now that sees Christian morality and ethics as hostile, as dangerous,” Stephens said. 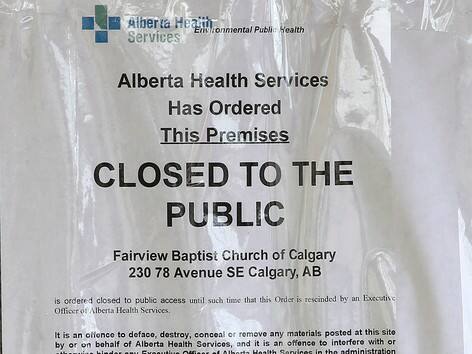 Stephens isn’t the first pastor to be arrested.  He joins two other ministers arrested for defying the Alberta Health Service’s (AHS) public health orders over the past few months. Health orders that many say single out churches for the harshest enforcement. It has many questioning the future of the church in the nation.

On May 16, police arrested Stephens at the Fairview Baptist Church in Calgary. He was imprisoned for three days–longer than some suspects get for drug dealing.

Stephens has been ticketed in the past for violating public health orders and is represented by the Justice Centre for Constitutional Freedoms. Last week, there was a heavy police presence at his church — just one day after Pastor Artur Pawlowski was taken into custody for breaching the restraining order Alberta Health Services got against unnamed Jane and John Does for organizing non-compliant illegal public gatherings. Pastor James Coates of Edmonton’s GraceLife Church was detained in February.

The AHS dropped the Contempt of Court Application against Stephens, meaning he will not be going to a hearing as previously scheduled in June, the Justice Centre for Constitutional Freedoms, the non-profit legal organization representing Stephens, announced on May 28.

Stephens said that through the quarantine and lockdown measures, the government is taking away people’s ability to make decisions for themselves amidst the pandemic and that this issue is hurting the most vulnerable Canadians.

“Your freedom of assembly, freedom of religion, freedom of movement to go from one place to the next, the government is explicitly removing those things,” Stephens said.  “We’re seeing people languish and suffer under [the restrictions], because as a church we deal with people who are vulnerable, people who are struggling with addictions, and people who are low-income, poor; and these are the people who are most hurt by these lockdowns and restrictions, not the politicians and doctors who are making those decisions.”

On May 6, the AHS obtained a court order in relation to Alberta restaurant Whistle Stop Cafe, which had opened against provincial orders. The order allowed police to arrest individuals for “organizing an in-person gathering, including requesting, inciting or inviting others to attend an ‘Illegal Public Gathering,’” which is defined as one that does not comply with masking, physical distancing, and limited gathering requirements ordered by Alberta’s chief medical officer of health.

Separately, the Justice Centre successfully had the May 6 order amended on May 13, making it applicable only to the entities listed in the order, rather than to all Albertans.

Stephens described the COVID-19 measures—including travel limitations, lockdowns, and quarantine—as a form of “soft totalitarianism,” which goes against Canadians’ Charter Rights and the Biblical teachings, he said.

“They, in essence, see themselves as governors of every aspect of people’s lives, including in your home, who can go in your home or not, or how many can gather together for church or outside or indoors. It’s really quite astounding that they think they have the duty or responsibility to do this,” he said.

Moving forward, Stephens said his church will continue to provide services to the community.