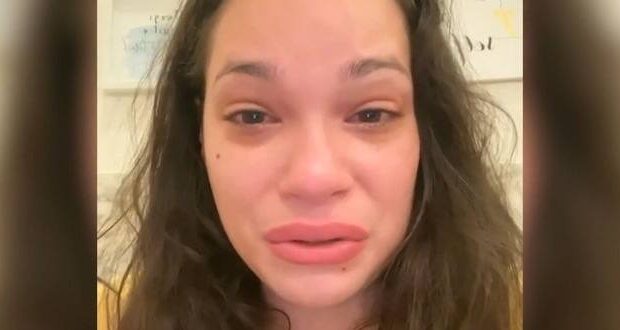 CBS News was forced to issue a correction after promoting footage of a crying nurse who claimed she was asked by hospital managers not to wear an N95 mask when treating coronavirus patients.

The broadcaster shared a video Sunday on Twitter of nurse Imaris Vera claiming she quit her job due to lack of protective gear at Northwestern Medicine Central DuPage Hospital in Winfield, Illinois.

“America is not prepared. And nurses are not being protected,” a tearful Vera said in the footage.

“I quit my job today. I went into work and I was assigned to a COVID patient on an ICU unit that has been converted to a designated COVID unit. None of the nurses are wearing masks, not even surgical masks in the hallways when they’re giving reports to each other. I had my own N95 mask. I told my manager, I understand we’re short on supplies, but let me protect myself. Let me feel safe.”

CBS fails to investigate its accuracy before posting

The clip went viral after CBS promoted it — with Sen. Bernie Sanders even sharing it with his 9.5 million followers.

It is insane that our nurses are being forced to care for the sick without masks and respirators. The Department of Labor must immediately issue emergency workplace standards to protect our health workers, their families, and their patients. https://t.co/Z8dWqtxz5X

But the news organization was forced to issue a retraction after social media sleuths discovered that Vera, who reportedly had a large following on a now-deactivated Instagram page, wasn’t trustworthy.

It was the second major admission by the news outlet in two weeks. It recently admitted it falsely claimed video footage of a crammed ICU was actually video from an Italian hospital.

CBS issued a statement from Vera in a follow-up tweet Monday but it still wasn’t enough for the broadcaster whom President Trump has asserted regularly runs false news.

“We were each assigned 1 N95 per 1 covid patient’s room but was not allowed to wear it outside of the room, wear our own N95 mask around the Nurses station or Halls, which I came prepared with,” according to CBS.

It has also since been discovered Vera hadn’t been bedside nurse for over a  year.

Several hours later, the broadcaster again followed up on the report with yet another tweet about Vera’s job status.

“The hospital, Northwestern Medicine, acknowledged that Imaris Vera had quit her job, but referred CBS News to Vera as to the details of why,” the outlet tweeted.

Despite the questions surrounding Vera’s claims, the footage, which has more than 8.5 million views, has not been deleted from CBS’ Twitter page as of Tuesday afternoon.

Media outlets have repeatedly shared false information and video clips concerning healthcare workers and COVID-19 but have been forced to retract or delete them.

Previous: You can visit the Western Wall in Jerusalem via virtual reality
Next: Trump wants to open economy with a ‘big bang’ as Americans become restless