China's Christian churches look much like any church across America. Except for the government camera's watching those in the service.

China’s independent churches are facing a new threat: forced to allow the government to spy on who worships in them or face the threat of being shut down.

The Zion church in Beijing, one of the city’s largest unofficial Protestant ‘house’ churches, has operated with relative freedom for years. It hosts over 1,500 worshippers every weekend across several campuses with this location in north Beijing being the largest. 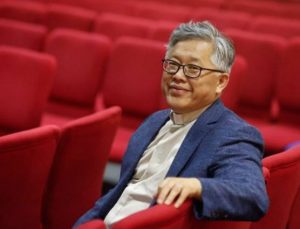 ‘They wanted to put cameras in the sanctuary where we worship. The church decided this was not appropriate,’ Jin said over tea in his office. ‘Our services are a sacred time.’

When the request was refused, police and state security agents started harassing churchgoers, calling them, visiting them, contacting their workplace and asking them to promise not to go to church, according to statements from the church and interviews with congregants.

China’s constitution guarantees religious freedom, but since President Xi Jinping took office in 2012, Beijing has tightened restrictions on religions seen as a challenge to the authority of the ruling Communist Party.

China’s religious affairs bureau and the public security ministry did not respond to faxed requests for comment.

The Chinese government says greater oversight of religious activities is needed in order to regulate believers and facilitate worship, as well as to prevent foreign forces from influencing China’s internal affairs using the guise of religion.

The unofficial establishments, which range from small living room-gatherings to large, professional operations like Zion, had in recent decades been tolerated by authorities.

They were often able to rent large spaces, though these are rarely identifiable from the outside.

In February, new legislation permitted a more public crackdown of religious education and practice, with harsher punishment for meetings not sanctioned by the authorities.

In addition to being asked, and in most cases forced, to install security cameras, some unofficial churches have been asked by police to take detailed lists of churchgoers’ IDs and phone numbers, church members and activists say.

Some who push back have been visited by police and asked to switch places of worship to officially sanctioned churches, they added.

On July 5, Zion was blockaded by a group of “thugs” employed by the local authorities. The group prevented church members from entering the third floor where the campus is located and hurled insults and threats at the Christians, calling their faith a cult.

The Zion church, which occupies an office building floor that was previously a nightclub, is now being evicted despite previous verbal assurances from its landlord that it could rent the location until 2023, Jin said. The landlord could not be reached for comment.

Jin does not expect to be able to find a landlord that would rent the church another suitable location.

There are roughly 60 million protestants and roughly 10 million Catholics in China, according to independent estimates.

The Vatican and Beijing are locked in talks to resolve a decades-long dispute over appointing bishops in China that, if resolved, could make underground Catholic churches official, with Holy See-approved bishops

On July 23, more than 30 of Beijing’s hundreds of underground Protestant churches took the rare step of releasing a joint statement complaining of the growing threat of  ‘unceasing interference’ and the ‘assault and obstruction’ of regular activities of believers since the new regulations came into effect, according to a copy of the statement seen by Reuters and confirmed by Jin.

‘We call on the government to respect history and the current situation of house churches, respect the means and practices of religious work, and respect citizens’ basic freedoms and rights to believe,’ the letter said.

Wang Yu, a prominent rights lawyer who has defended Christians from harassment and was recently baptized at Zion after years of worship there, said she believes the pressure on believers is an attempt to force the church to close.

‘The authorities hope numbers will dwindle till it becomes impossible to continue, but in recent months ever more churchgoers have been attending services,’ she said.

‘Being labeled a cult was how it all started for the Falun Gong in 1999,’ Wang said, referring to the spiritual movement the Communist Party banned that year.

The Chinese government has been documented as having carried out forced organ removal on Falun Gong members held in prison camps around the country.

The new regulations have increased government pressure on the churches to ‘sinicize’ – to be culturally Chinese and submit to oversight from the Communist Party – but many have resisted, saying this would be a fundamental betrayal of their faith.

‘House churches believe that our spiritual needs and the content of our faith is ruled over by God,’ Pastor Jin said.

‘What we need is the freedom to believe. Without this, it is not real faith.’

According to China Aid, the church’s WeChat (China’s largest social media app) public account was blocked on June 12, and all of their sermon videos shared on other Christians websites have been deleted by the government.

Gina Goh, Regional Manager for the organization International Christian Concern said, “The latest crackdown against house churches in China is reflective of President Xi’s disregard for religious freedom. China is experiencing the worst Christian persecution since Mao Zedong’s Cultural Revolution. The US and international community should not turn a blind eye to the injustices committed against Chinese Christians. Let us continue to pray for strength and wisdom for the Church in China as they navigate through intensified oppression.”

Previous: Brother of Chris Pratt talks about faith and talent
Next: Greyhound in head-on originated in St. Louis 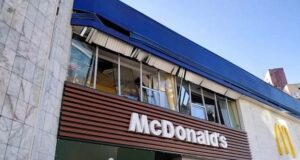