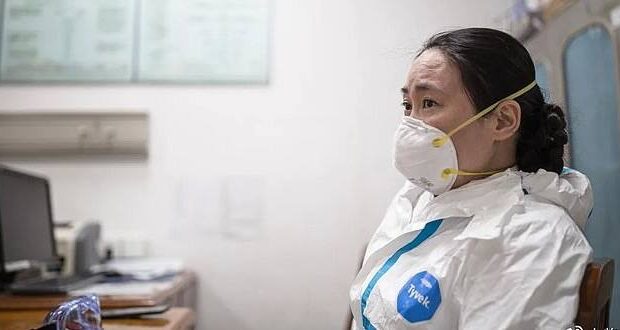 Dr. Ai Fen, a prominent Chinese doctor who alerted the world to the coronavirus, has gone missing.

A prominent Chinese doctor in Wuhan who was among the first to alert other medics and the world about the early spread of COVID19 virus has disappeared. The news is sparking concerns that she has been detained by Communist authorities trying to control the narrative.

She’s not the only doctor, journalist or whistleblower to disappear after they exposed, or threatened to expose, China’s handling of the crisis and the true death toll which experts now believe to be in the millions. 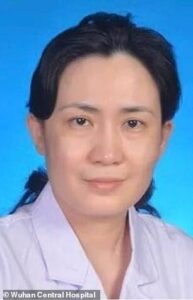 The image was widely circulated and made its way to whistle-blower Li Wenliang who raised the alarm about the bug, which has killed more than 41,000 people worldwide.

Dr. Ai gave an interview to a Chinese magazine criticising the hospital’s management for dismissing the early warnings of the coronavirus but has not been seen since, 60 Minutes Australia reported.

After the show’s investigation aired, a post on the doctor’s Weibo account – a social media platform similar to Twitter – shared a picture with the caption: ‘A river. A bridge. A road. A clock chime,’ RFA reports.

Her rumoured disappearance comes after criticism was levied at the Chinese government for lying and covering up key information during virtually every stage of its coronavirus response.

Beijing initially tried to cover up the outbreak by punishing medics who discovered it, denying it could spread person-to-person and delaying a lockdown of affected regions – meaning early opportunities to control the spread were lost.

Then, once the virus began spreading, the Communist Party began censoring public information about it and spread disinformation overseas – including suggesting that US troops could have been the initial carriers.

Even now, prominent politicians have warned that infection and death totals being reported by the regime are likely to be wrong – with locals in the epicenter of Wuhan suggesting the true tolls could be 100 times higher. And that doesn’t count the death toll outside the region.

In the interview prior to her disappearance, Dr. Ai admitted ‘feeling regretful about not speaking out more’ after four of her colleagues, including Li, had contracted the virus and died while fighting the outbreak.

‘If I had known what would have happened today, I wouldn’t have cared about the reprimand. I would have told whoever and wherever I want,’ said Dr. Ai.

Dr. Fen criticised the hospital bosses for dismissing the early warnings of the virus in a feature article published online yesterday by Chinese magazine People

The interview was posted on Tuesday but quickly retracted from social media by its publisher People (Renwu) Magazine.

She said she broke out into a cold sweat after reading the lab results several times.

The SARS epidemic 17 years ago infected more than 8,000 people worldwide and killed over 800, according to the World Health Organisation.

The medic circled the word ‘SARS’ and sent a picture of the report to one of her former classmates and a group chat within her department.

Dr. Ai said she alerted hospital authorities about the case.

‘Later that evening, the stuff was shared all over the place with screenshots of the report bearing my red circle,’ she said.

She added: ‘[These platforms] included the chatting group, which Li Wenliang shared the information with. I thought something bad is going to happen.’

Two days later, the Wuhan medic was summoned by the head of the hospital’s disciplinary inspection committee.

Dr. Ai said she faced ‘unprecedented, extremely harsh reprimanded’ and was accused of ‘spreading rumours as a professional’ by the hospital’s officials.

‘I was in shock,’ she continued.

‘What did I do wrong? Knowing the fact that a significant virus has been found on a patient, how can I not tell when another doctor asks about it?’

Ophthalmologist Li Wenliang was among eight people who shared Dr Ai’s picture before being reprimanded by police and accused of spreading ‘fake news’ for warning the public of ‘SARS at a Wuhan seafood market’ on social media.

The 34-year-old doctor succumbed to the deadly contagion in the early hours of Friday morning local time despite attempts to resuscitate him.

Three other doctors who worked along with late heroic whistle-blower Doctor Li Wenliang have also died of the disease after contracting it while fighting the outbreak.