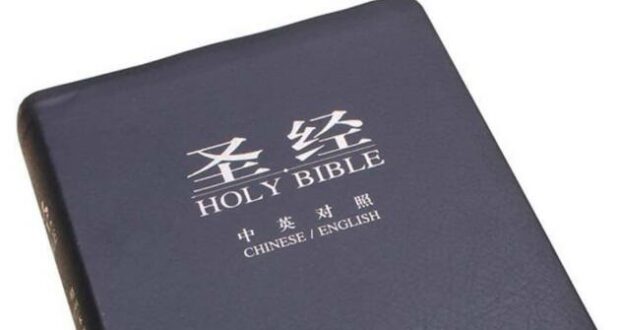 The Chinese government is rewriting the Bible in accordance with communist values, The Voice of the Martyrs warned.

In a recent Facebook post, the organization pointed out that the Chinese revisions of the Bible will include “‘core socialist values” and removal of passages that “do not reflect communist beliefs.” One example of the changes was revealed in a high school textbook released in September 2020. The party changed several verses in John 8 in which Jesus forgives an adulterous woman despite the Pharisees’ calls to stone her to death under Mosaic law.

In the traditional Bible, the Pharisees brought a woman caught in adultery before them and challenged Jesus, proclaiming, “Teacher, this woman was caught in the act of adultery. In the Law, Moses commanded us to stone such women. Now, what do you say?” The Bible notes that these Jewish leaders used this question to accuse Jesus. Still, Christ started writing on the ground with his finger and then said some transformational words. In verse seven, He says, “Let any one of you who is without sin be the first to throw a stone at her.”

Shaken by Jesus’ words, the people walked away. Christ and the woman were left standing there, then He asks her, “Where are they? Has no one condemned you?” The woman said no, and Christ said, “Then neither do I condemn you. Go now and leave your life of sin.” However, the Chinese Communist Party shared a different version of this interaction. In their version, the crowd disperses. Then, the text says, “When everyone went out, Jesus stoned the woman himself, and said, ‘I am also a sinner.’”

According to Nettleton, the government’s goal is for Chinese nationals to wake up every day and say, “How can I serve the party today?” instead of focusing on looking for ways to serve God. Nettleton also noted that the changed language aims at Jesus’ divinity, which shocked him. While the rewrite is troubling, it’s another attempt by the Chinese government to crack down on the Christian faith. China’s Three-Self Patriotic movement is part of the Protestant denomination controlled by the Chinese Communist Party.

Nettleton found it shocking that the rewritten passage diminishes Jesus’ divinity. “In one sense, it’s just like so arrogant to think, ‘I’m going to rewrite the story of Jesus,’ but then you think about denying the deity of Christ,” he said. “If Jesus is a sinner, then he’s not God.

He believes the purpose of the revisions is to demonstrate the communist party’s attempt to lessen Christianity’s influence on some of its citizens.

“The issue for the Chinese Communist Party is control,” he said. “It is always about control. And they see the Christian message as something that would take control away from the communist party.”

In response, The Voice of the Martyrs hopes to send more copies of God’s word to believers in China.

“That’s one of the reasons why Voice of the Martyrs and other groups are so committed to delivering Bibles into China — even smuggling Bibles into China — because it’s not available,” Nettleton said. “One of the things I hope about this new translation is that it will backfire and people will wonder, ‘Why was it so important for the Chinese government to retranslate the Bible? Why was it so important for them to change this?'”

Previous: REVIEW: In Cyrano, love is a verb
Next: Russians move on Ukraine’s capital as citizens given weapons for defense