Home / Entertainment / ‘Christmas with the Chosen’ breaks records with $10 million 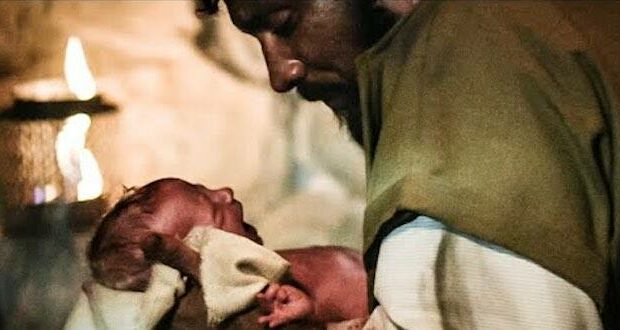 ‘Christmas with the Chosen’ breaks records with $10 million

“Christmas with the Chosen: The Messenger” has been a resounding box-office success. Sales have topped $13 million for one million tickets, setting a new record for Fathom Events. The amount surpasses what was to have been a box office blockbuster –Steven Spielberg’s “West Side Story” which brought in $10.5 million.

“We don’t do this for the numbers, but these records indicate people will indeed go to the theater for a project they’re passionate about,” said Dallas Jenkins, the creator, writer and director. “The enthusiastic comments from new and old fans give us confidence to do this again.”

The regular episodes of “The Chosen” already had made history as the first multi-season series about the life of Jesus. It is supported through a Pay It Forward campaign in which viewers support each season. So far, the worldwide audience has contributed $40 million to completely fund seasons one and two, with season three in production. It is the No.1 highest crowdfunded project of all time.

What also is historical is how it tells the story of Jesus and his disciples. The hallmark of the series is its authenticity, showing Jesus living out his holy calling in everyday first-century Judea, Samaria and the Galilee as a faithful Jewish man.

“The No. 1 word that we put on our wall, the banner across everything we do, is ‘authenticity,’ ” Jenkins said. “So many past Bible projects telling Jesus’ story have been a little stiff, maybe a cleaned-up, sanitized version of the story. We desperately seek to pursue a portrayal that’s as authentic as possible.”

For the depiction of the Savior’s birth, for example, Jenkins showed Joseph shoveling animal dung in a stable to clear a space for his wife Mary to have her baby.

“That image alone, of Joseph scooping manure to prepare a spot for Mary to give birth, is not only one of the special’s defining images but one of the main themes of ‘The Chosen’ series,” Jenkins said. “It shows his humanity and his humility. I just think it says so much.”

After the theatrical release of “Christmas with the Chosen” has ended, it will be available to be viewed for free on The Chosen app, which connects to other streaming devices with no fee or subscription necessary.

Tagged with: box-office campaig christmas dallas jenkins jesus new records the chosen ticket sales west side story what is where is it filmed

Previous: Samaritan’s Purse among those deploying to tornado ravaged areas
Next: CNN’s Jake Tapper calls out Hollywood, businesses for ignoring abuses in China