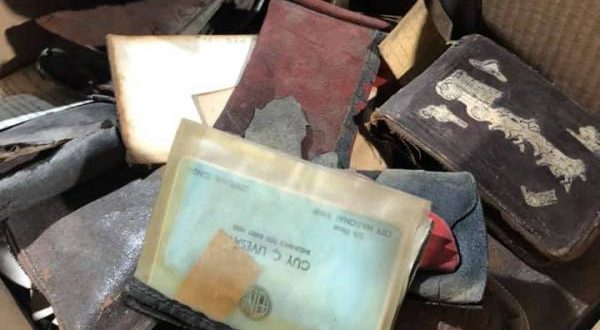 The wallets discovered in a school vent were from the 1940s.

A church renovating an old high school has reunited a woman with a wallet that was stolen 75  years ago.  The wallet was discovered — along with 14 others — as the school was being converted to a church.

Seth Baltzell, pastor of City Hope Church in Centralia, Ill, wrote on Facebook the discovery was made amid demolition work at the old Centralia High School. A stash of 15 wallets from the mid-1940’s was found stuffed inside a heating vent.

“While someone took the cash they left behind all the pictures, information and other documents,” Baltzell wrote.

Baltzell, who is moving his church into the school, said the wallets appeared to have been from mostly women and school ID’s showed they were from the mid-1940’s.

“There are lots of things like pictures of soldiers,” he told KSDK.

After posting the photo and names of people that were discovered inside the vent, Baltzell’s Facebook post received over 1,100 shares.

“I’m gonna throw some names in here of what appears to be mostly women,” he wrote, “so these are probably maiden names. If you know if they are still living or are a family member, we would love to get it back to you!”

He then listed some of the names:

He was later contacted by the family of 89-year-old Betty June Sissom, who grew up in Centralia and now lives in Chesterfield, Mo.

“I remember it was red and I remember I lost my wallet…I can’t believe this from all these years ago. That’s me with a little boy by the name of Jimmy Kane and I had a crush on him,” Sissom told the television station. “Oh my goodness, look at the boys’ pictures I have. They took all the money, huh?”

No money, but getting her stolen wallet back 75 years later?

Looking for a wallet to prevent electronic theft? Metro Voice is an Amazon Associate.