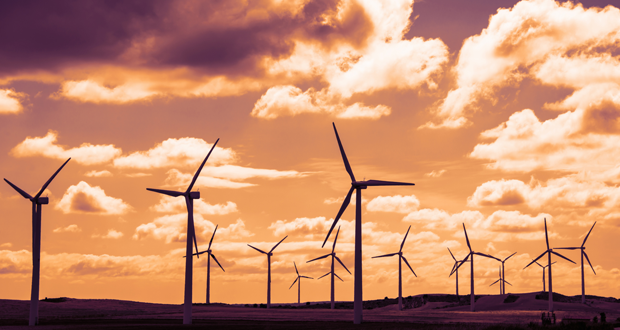 PARIS — The climate change accord struck in Paris among 195 nations thankfully is nonbinding, evangelical commentators noted, because rigorous implementation of it could harm the world’s poorest residents and stifle nations’ economic growth based on disputed science.

“The overriding concern I have here is that the ‘solutions’ to this climate change issue, in nearly every case, hurt people,” said John Christy, a distinguished professor of atmospheric science at the University of Alabama in Huntsville. “They cause energy prices to rise or make energy more scarce right at a time when billions of people will need access to the energy.”

The Paris accord, approved Dec. 12, requires participating nations to submit public plans for reducing carbon emissions and to reconvene every five years beginning in 2023 to report on their progress, The New York Times reported. The deal does not require any specific levels of emissions reduction, based in part on the likelihood that the Republican-controlled Congress would not have approved any specific emissions requirements for the United States, The Times said.

Christy argued, based on temperature measurements, “that the earth system responds” to increased greenhouse gas levels “to shed that extra heat.” Therefore any catastrophic effect of greenhouse gas emissions is unlikely, he said.

In Dec. 8 testimony before the U.S. Senate Subcommittee on Space, Science and Competitiveness, Christy said computer-generated climate change models “have a strong tendency” to overestimate the atmosphere’s warming when compared with the actual warning measured by scientists. He added that “extreme events” predicted to increase with rising carbon emissions have not occurred, with 100-degree days and wildfires decreasing and grain production increasing.

In contrast, The Times wrote that “scientists who have analyzed” the Paris accord say “it will cut global greenhouse gas emissions by about half enough as necessary to stave off an increase in atmospheric temperature of 2 degrees Celsius” — at which point “the world will be locked into a future of devastating consequences, including rising sea levels, severe droughts and flooding, widespread food and water shortages and more destructive consequences.”

Christy said even if carbon emissions did increase the global temperature slightly, measures to reduce emissions would not be worth the sacrifice.

In his Senate testimony, Christy said if the U.S. eliminated 100 percent of its carbon emissions immediately, after 50 years the earth’s temperature would decrease by “less than the amount which the global temperature fluctuates month to month.”

Calvin Beisner, founder and national spokesman of The Cornwall Alliance for the Stewardship of Creation, agreed with Christy’s assessment that a global campaign to cut carbon emissions could harm the poor.

“We should pray that compliance [with the Paris agreement] will be as low as possible,” Beisner said in written comments, “because the benefits will be slim to nonexistent, but the harms large and real, especially insofar as compliance would prevent developing countries from availing themselves of the most abundant, affordable, reliable energy sources — fossil fuels — to overcome poverty.”

The agreement, said Beisner, is “largely symbolic, with next to nothing enforceable and lots of statements about ‘intent’ that will (thank God!) be ignored over the years. Its claim to keep global average temperature increase below 2 degrees Celsius (3.6 degrees Fahrenheit) lacks all credibility, because to achieve that would require a cut in CO2 emissions of about 6,000 Gigatons, but the total cut achieved by complete compliance with the agreement … would be only about 56 Gigatons by 2030, i.e., leaving 99 percent of the problem untouched.”

Compliance with proposals to reduce carbon emissions, like those of the United Nations-sponsored Kyoto Protocol of 2005, “are estimated to only reduce the likely rise in the average global temperature by 10 percent or less” and could cost the global economy up to $1 trillion annually — a cost that could impact “poor people and underdeveloped regions of the world … most severely.”

With the national debt skyrocketing, Gerald Harris, editor of Georgia’s Christian Index newsjournal, said in written comments that he was deeply concerned about the cost of the proposed implementation of global warming remedies.

“I am also concerned about the impact upon the poor and most vulnerable people around the world,” said Harris.

“Climate change is not the universal evil that the left seems to think it is. To focus on climate change when ISIS is growing in power and creating fear at home and abroad is like vacuuming the carpet while the house burns down,” Harris continued.