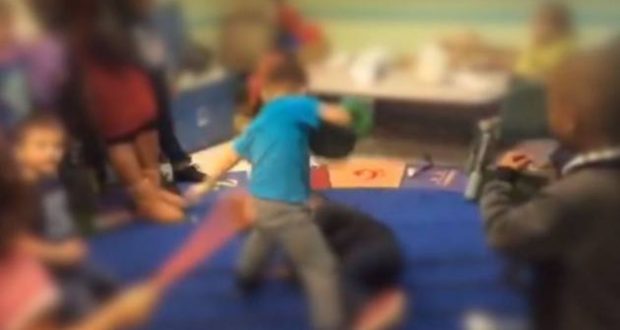 After video caught a St. Louis daycare running a violent “fight club” for toddlers, the state of Missouri is now officially investigating the incident. Horrific footage shows children as young as three punching each other repeatedly at Adventure Learning Center on Gravois while two teachers exctedly jumped up and down in approval while filming it on one of their phones..

Missouri Attorney General Eric Schmitt has launched an investigation into the fight club incident. Schmitt, a Republican, says, “Children are some of the most vulnerable members of our society, and any attempts to harm them in any way will not be tolerated,” Schmitt says in a press release. “My job is to protect all 6 million Missourians, and my office will continue to investigate and bring to justice those who seek to harm others.”

The incident took place in 2016 and the video was originally obtained by St. Louis television station KTVI.

The Attorney General’s Office says it will look at documents received from its civil investigative demand, review the facts, and determine if there is any further action the office can take.