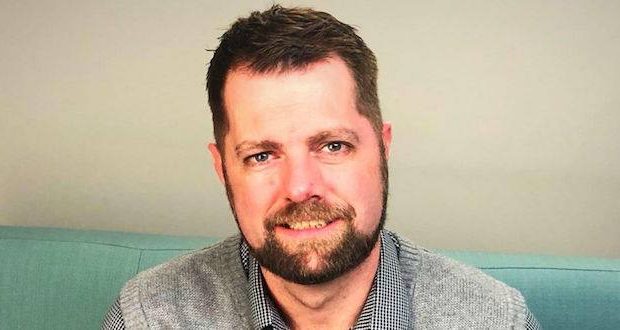 Chris Haulmark, who could be the first deaf state legislator in Kansas, lost the support of Democrats after multiple women accused him of emotional abuse. He's admitted to having "done some things" he isn't "proud of."

Kansas Democrats have pulled their support from a deaf State House candidate poised to make history.

Chis Haulmark – running for a state House seat in Kansas’ 15th congressional district – would reportedly be the first deaf lawmaker at either a local or national level if elected. But he’s been publicly accused by multiple women, including former girlfriends and roommates, of emotional abuse and manipulative behavior.

But the accusations are not 40 years old with no witnesses, fuzzy dates and conflicting accounts. They’re recent instances–as late as this year.

Tonia Jimmerson, who said she previously dated Haulmark, claimed in a Facebook video he threatened to run her over with a car, burn down a camping tent with her young daughter inside and leave her and her children in a national park in Montana. She also alleged he had threatened her with a gun during the relationship.

“Time and time again, you lied to us. You manipulated us. You made us feel low about ourselves,” she said in a separate Facebook post. “You threatened us. You threatened our children. You took advantage of our kind and fragile hearts for your own benefit.”

Haulmark told The Kansas City Star he never threatened Jimmerson with a firearm, and said some allegations stemmed from Jimmerson taking his remarks during arguments out of context.

Candy Villesca, a former roommate of Haulmark’s, also claimed he was emotionally abusive and manipulative years ago, The Star reported. Villesca alleged he “brainwashed” her into thinking she had a mental illness.

“Chris should not be in the kind of role he’s running for, with those types of habits of hurting women,” she said.

Haulmark lived in the home of Jennifer Carlino from April 2017 to January 2018, The Star reports. Carlino alleged he “threatened [her] into silence” during that time.

“He even confessed to me that he is very capable of taking revenge on people if he didn’t get what he wanted,” Carlino said in a Facebook video, according to The Star.

“I will admit that I haven’t always been the best boyfriend, husband, co-worker or friend,” Haulmark said in a Facebook post, adding that he’s sought therapy for several years to work on his relationships.

“With that said, I am far from perfect. I’ve made mistakes, I’ve said things I regret, I’ve done some things that I’m not proud of … Some might say that would disqualify me from running for office,” he continued. “I say it makes me a better representative to those in my district.”

In a separate Facebook post, Haulmark revealed he’s been diagnosed with borderline personality disorder and has sought treatment for the illness. He also said he’s staying in the race because his Republican opponent, John Toplikar, “would be a detriment to our district.”

Kansas House Democrats have since pulled their support for Haulmark, calling the accusations “deeply troubling.”

“This pattern of behavior disqualifies Haulmark from being a standard bearer for the Democratic Party,” the Democrats said in a statement.