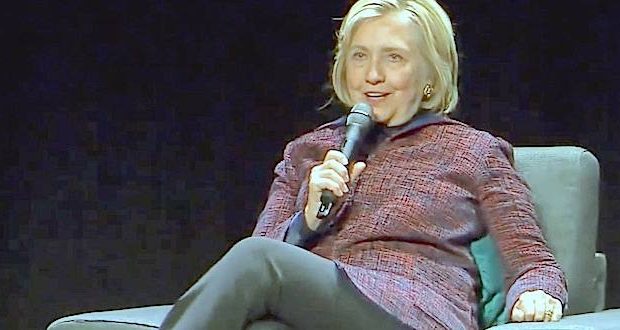 Is God telling Hillary Clinton to jump into the 2020 presidential race? According to a political advisor to former President Bill Clinton, the former First Lady believes that is her destiny.

“She feels entitled to do it,” former Clinton advisor Dick Morris told Marketwatch,  “She feels compelled to do it. She feels that God put her on the Earth to do it.” 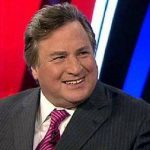 According to Morris, the only thing standing in her way is Joe Biden. If Biden drops out, the way is opened for Hillary to get in. Morris told the John Catsimatidis’s radio show, “Make no mistake. She wants it…She’s planning on it. She’ll do everything she can to achieve it.”

Clinton herself has not used those exact words, that she thinks God wants her to be president, and coyly demurred from the suggestion in a forum at Messiah College in 2008 when she was running for the Democratic nomination the first time, saying with a smile, “I guess we’ll see.”

But whether God wants her to or not, some Democrats are floating the idea of Hillary carrying their party’s mantle once again.

Clinton hasn’t avoided the spotlight and regularly appears on late-night comedy shows as well as the speaking circuit. She stirred the 2020 pot recently when she claimed the Russians had planted Rep. Tulsi Gabbard (D-HI) to undermine the election as a possible third party candidate.

She also fueled speculation about a Hillary run when she put forth the idea to PBS reporter Judy Woodruff, that perhaps there should be a “rematch” between her and Trump, saying, “Obviously, I can beat him again.”

Delusional, or just making a joke, it’s no joke that anxiety is rising among Democrats about their current field of candidates.

“With Trump looming, there is genuine concern that the horse many have bet on may be pulling up lame and the horse who has sprinted out front may not be able to win,” David Axelrod, a former adviser to President Barack Obama told The New York Times.

He’s referring to Joe Biden. Though still the front runner, there’s concern about him. He’s struggling with fundraising, he’s not shone brightly in debates, and he’s being bombarded by family ethical issues that just won’t go away. Meanwhile, Elizabeth Warren is surging in polls, but there’s fear someone who wants to eliminate private health insurance is just too far to the left to win a general election against a formidable President Trump.

A “who else is there?” desperation is taking hold. Michael Bloomberg is said to be a favorite among Wall Street Democrats, and he supposedly is toying with the idea, but he reportedly won’t take the plunge unless he’s sure he can win.

Former San Francisco Mayor Willie Brown’s recent opinion piece in The San Francisco Chronicle is making the rounds among some party insiders, touting Hillary as the great hope of the Democrats – and obviously NOT touting his former lover, Democratic presidential candidate Kamala Harris.

“It’s time for Hillary Clinton to come out of retirement, lace up the gloves and get back in the ring with President Trump for what would be the biggest political rematch ever,” he writes.

“Call me crazy, but from what I’ve seen so far, Clinton is the only candidate short of Barack Obama who has the brains, the battle-tested brawn and the national presence to take out Trump. And Obama can’t run.”

The Washington Post reports people close to Hillary say she’s unlikely to do it all again. But… maybe…

“Ultimately, it’s unlikely she would do it,” said one person who has spoken with her. “But put it this way: It ain’t zero. And does she think about it all the time? Absolutely.”

No one’s expecting a Biden pull-out from the race, if it happens at all, before the first of the year. But Democrat dissatisfaction with the current line-up, and qualms about any of them being able to beat Donald Trump, make the speculation hot and heavy about somebody different.

“If Biden were surging, I doubt you would be hearing this,” Harold Ickes, a longtime Democratic consultant and Clinton confidant told the New York Times. “This shows a restlessness among a lot of people.”

As for the polls, Clinton remains personally very unpopular. The last Gallup poll to survey Americans found her negative ratings higher than those of President Trump.  Other polls find that Trumps popularity is higher than that of President Clinton who was ultimately re-elected in the middle of impeachment talk.

As for God giving instructions, Clinton stated, “I don’t presume anything about God.”

Previous: Bernie Sanders refuses to say how he’ll pay for $32 trillion ‘Medicare for All’
Next: Evangel University receives Torah scroll that survived Holocaust