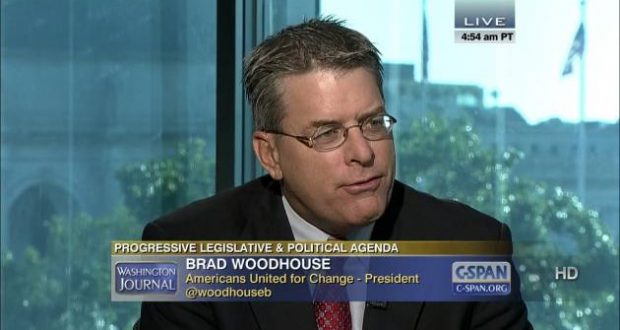 Missouri leftist organzations are again calling for an immediate investigation of newly elected Missouri Senator Josh Hawley. In a move that upholds the non-partisan nature of his responsibilities, Republican Missouri Secretary of State Jay Ashcroft will look into the operations Hawley.

The probe will look at Democrat accusations that Hawley used taxpayer money to support his candidacy for the U.S. Senate. Ashcroft’s office sent a letter Thursday (see below) confirming the investigation to Democratic operative Brad Woodhouse.

Woodhouse heads the ultra-left partisan organization American Democracy Legal Fund (ADLF) which lodged the allegations. Woodhouse was president of Correct the Record, which many say illegally coordinated with the Clinton campaign. The organization lodged the complaints after  the Kansas City Star reported that outside political consultants directed and “gave guidance” to Hawley’s taxpayer-funded staff in the attorney general’s office.

The American Democracy Legal Fund is a 527 organization set up in September 2014 to, according to its website bio, “hold candidates for office accountable for possible ethics and/or legal violations.” The group files legal complaints against Republican candidates for violating election law: For example, they filed a complaint with the FEC in October over Jeb Bush’s super PAC, Right To Rise, claiming “illegal coordination” between the campaign and the super PAC. The organization is said to have ties to liberal billionaire George Soros.

But the evidence remains weak. The Star alleges that those consultants, who went on to run Hawley’s Senate campaign, continued to meet with the attorney’s general’s staff–something that is not unusual in campaigns.

Ashcroft is authorized as secretary of state to investigate election violations. He could send results of his probe to prosecutors if there is substantial evidence.

Woodhouse sent a letter to Ashcroft on November 2nd, days before the general election in which Hawley defeated incumbent Democrat Claire McCaskill in the Missouri race for U.S. Senate.

Secretary Ashcroft’s investigation of Hawley was announced Thursday, but ADLF has been hammering Hawley for more than a year with unsubstantiated accusations against the outgoing attorney general. ADLF first filed a complaint with the Federal Election Commission in August 2017, alleging that Hawley was violating campaign finance rules by using state funds to prepare for a Senate race.

Each of Woodhouse’s previous complaints against Hawley were found to be baseless.

Woodhouse has a long record of targeting Republicans. Wikipedia states: American Democratic Party activist who currently serves as the president of Protect Our Care, an advocacy group seeking to protect the Affordable Care Act. He also serves as co-chair of the Health Care Voter campaign. He is the former president of the now-defunct liberal/progressive advocacy group Americans United for Change. He has also served as the president of Democratic super PACsAmerican Bridge 21st Century and Correct the Record. He is the former communications director of the United States Democratic National Committee.