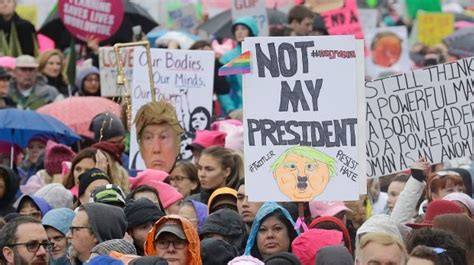 Planned Parenthood was the primary organizer of marches across the nation targeting the Trump administration in 2017.

WASHINGTON — A federal judge appointed to the bench by President Donald Trump has dismissed a lawsuit filed by Planned Parenthood challenging the Department of Health and Human Services (HHS) for altering its Title X funding criteria to prefer groups that promote abstinence and work with faith-based entities. The judge said that the lawsuit was premature as the government hasn’t made decisions yet on which applicants will be awarded grant money.

“The Plaintiffs ask this court to intervene before anything of legal effect has occurred,” wrote Judge Trevor McFadden. “Courts cannot review substantive objections to a non-final agency action, nor can they require formal rulemaking for change in agency procedure.”

He noted that the language in HHS’ 2018 Funding Opportunity Announcement (FOA) merely outlined “how an agency decision will be made, and is not a final agency action itself.” In other words, Planned Parenthood has not yet been denied Title X funding, and therefore, it does not have standing.

McFadden also found the government’s interests in desiring for applicants to encourage abstinence to be reasonable.

“However unpopular, decisions to choose forms of sexual abstinence have undeniable relevance to family planning, and the administrative record supports the Government’s conclusion that a meaningful emphasis on this topic can be part of a well-reasoned approach to Title X programs,” he said.

“I conclude that the government has shown that the announcement’s challenged priorities are not arbitrary or capricious, or otherwise contrary to law,” McFadden also stated. “Instead, the priorities fit well within the Title X scheme, either by directly reinforcing the statute’s priorities (avoiding sexual risk and encouraging family participation) or by adopting complementary goals (transitions to primary care and partnerships with faith-based groups) for which the agency has ‘good reasons.’”

Read the ruling in full here.

Planned Parenthood filed its legal challenge in May, taking issue with language in HHS’ 2018 Funding Opportunity Announcement (FOA), which outlined in its application review criteria that organizations seeking grants should place “[a] meaningful emphasis on education and counseling that communicates the social science research and practical application of topics related to healthy relationships, to committed, safe, stable, healthy marriages, and the benefits of avoiding sexual risk or returning to a sexually risk-free status, especially (but not only) when communicating with adolescents.”

It also recommended “[a]ctivities for adolescents that do not normalize sexual risk behaviors, but instead clearly communicate the research informed benefits of delaying sex or returning to a sexually risk-free status.”

Planned Parenthood therefore bemoaned in its lawsuit, filed on behalf of affiliates in Wisconsin, Ohio and Utah, that the 2018 application criteria “now give[s] the most weight to new ‘program priorities’ and ‘key issues,’ such as placing ‘meaningful emphasis’ on abstinence as an approach to birth control (even for adults), providing onsite primary care, and cooperating with faith-based organizations.”

It argued that the criteria violates the statutory mandate that Title X recipients must provide “acceptable and effective” family planning services, as Planned Parenthood doesn’t believe promoting abstinence is effective.

“Abstinence prevents pregnancy and STIs when used perfectly, but in reality it has extremely high rates of ‘user failure’—that is, people often decide to have sex, even if they had previously intended to abstain from sex,” the complaint read. “Emphasizing abstinence to adult patients would be particularly inappropriate.”

“Indeed, placing a ‘meaningful emphasis’ on abstinence until marriage to an unmarried, healthy adult woman who wishes to be sexually active, and who comes to a health center for an IUD, would not only be a coercive and egregious clinical practice, but would disrespect the patient’s dignity as an individual … and could be understood as refusing service based on marital status,” it asserted.

The organization also took issue with the preference that the applicant have a working relationship with faith-based organizations, as it contended that while it does provide sex education to professing religious groups, “some faith-based groups are opposed to comprehensive family planning care—the very thing that that the Title X program supports.”

McFadden noted that Planned Parenthood already works with faith-based groups, so its argument was not convincing.

1 Thessalonians 4:3-5 states, “For this is the will of God, even your sanctification, that ye should abstain from fornication, that every one of you should know how to possess his vessel in sanctification and honor, not in the lust of concupiscence, even as the Gentiles which know not God.”

Ephesians 5:3 also teaches, “But fornication, and all uncleanness, or covetousness, let it not be once named among you, as becometh saints.”