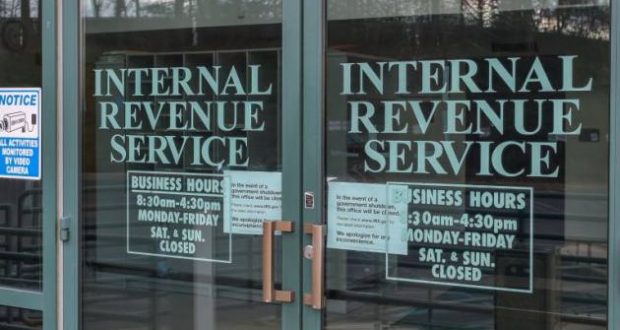 Though the media has provided around-the-clock coverage–including tickers counting down the hours at the bottom of the TV screen since last Friday, Dec. 26 actually marked the first full business day of the partial government shutdown.

President Donald Trump canceled his plans to go to Florida, staying at the White House over the Christmas holiday and visited troops in Iraq and Germany.

In a Christmas Day video conference, he said some federal workers affected by the shutdown support him in his fight for $5 billion in funding for the border wall.

“Many of those workers have said to me and communicated, stay out until you get the funding for the wall,” said Trump.

The shutdown, which began at midnight Friday, has left about 25 percent of the federal government closed, affecting an estimated 800,000 workers. As in previous shutdowns, workers not called into work will eventually be paid–for not working. Hey, it’s the government.

So for most Americans, the shut down is a big yawn. The Federal government is the nation’s largest employer and 25 percent not being at the office over a four-day weekend where they would not have been at the office anyway is no big deal, say many.

Since the shutdown fell over the weekend, and Monday and Tuesday were federal holidays, most government employees haven’t felt the effects yet and, with many having scheduled vacation days to fill out the rest of the week it may not be until next week that any noticeable effects are noticed.

But for the few who would have normally returned to work this week, it’s begun.

“Wednesday is really the first day that this kicks in,” acting White House chief of staff Mick Mulvaney said in an interview on Fox News Sunday.  “The paychecks, importantly, will go out on the 28th. I want everybody to understand: No one is working without getting paid. Paychecks go out to the 28th; the next pay period that is impacted is Jan. 11.”

In the meantime, the Trump administration is holding firm that the shutdown will continue until Democrats agree to wall off the US-Mexico border.

“I think that it’s very possible that this shutdown will go beyond the 28th and into the new Congress,” said Mulvaney.

Speaking by video conference to members of all five branches of the US military, he said, “I want to wish everybody a really Merry Christmas, a Happy New Year. Just remember: the people in our country, we’re very proud of you.”

The president and first lady Melania Trump also sent Christmas greetings to Americans across the US on Christmas Day.

“During the Christmas season, we rejoice in God’s many blessings,” said Mrs. Trump. “We come together with family and friends to spread hope, love, compassion, cheer, and goodwill. And we remember the events of one holy night, more than 2,000 years ago.”

Previous: Troops in Germany and Iraq respond to First Family’s visit
Next: Is sharing your faith now taboo in America?