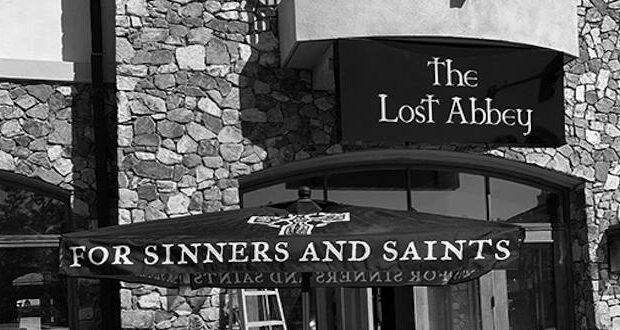 As the number of small breweries nationwide increases, some owners are finding homes in unexpected places. While controversial, it’s part of a trend of new uses for abandoned houses of worship.

The United Sates has roughly 30 breweries based in once-vacant churches. Although some church breweries have faced pushback for offering suds in a once sacred space, the move has precedent. Monks have been brewing beer in monasteries for centuries, offering it to visitors and often imbibing it themselves at a time when it was safer to drink beer than water.

The Lost Abbey brewing company in San Diego opened a new location in December inside the shell of a Mexican Presbyterian church built in 1906. The brewery added pews, chandeliers, tapestries and even stained-glass windows to accentuate its slightly irreverent brand.

“This building fell into massive disrepair and probably would have been demolished were it not for the developers that saved it,” cofounder Tomme Arthur said. This is the brewery’s first location in a former house of worship.

The Lost Abbey was founded in 2006 to offer beers inspired by Belgian monastic brewing traditions, as well as some “nondenominational” beers brewed in no particular style. According to the company’s slogan, it offers brews to “sinners and saints alike” — a motto it’s embraced wholeheartedly.

The new location, appropriately dubbed “The Church,” is split into two sides, one for sinners and one for saints. The sections are marked by corresponding décor: A St. Peter statue presides over the saints area, and Mary Magdalene — who is often misidentified as a prostitute — occupies the sinners side.

“We’ve always taken our beers more seriously than a lot of other things,” said Arthur, who grew up attending Catholic school. “What’s great is that every time that we need some sort of inspiration, we’re able to open up the Bible.”

The Ministry of Brewing, located in what was once St. Michael the Archangel Church in Baltimore, makes it a point to avoid religious themes in its marketing.

“All of our names of our beers are typically Baltimore references or something about the neighborhood,” General Manager Jon Holley said. “As far as religious terms, imagery, things like that, we already know that being in a church is a sensitive thing for a lot of people, so we’re not trying to touch that at all.”

The Celtric cross, incorporated into the logo, was  meant to honor the  culture. “In developing a portfolio of beers paying homage to Monastic Brewing traditions, we felt it was important to integrate some classic images into our logo and artwork,” Arthur says. “You will find that in The Lost Abbey artwork we have incorporated the Celtic cross, a symbol steeped in meaning since the original Celtic tribes spread westward across northern Europe from their home along the Rhine to the British Isles.”

Although Holley said he “half-expected” pushback for residing in a historic church, the brewery has received overwhelming support. Most often, he said, patrons can be found enjoying the brewery’s bestselling hazy pale ale called “Wispy,” a reference to wispy stained glass.

Previous: Christian hip-hop is a ‘bridge’ between the church and the world, Lecrae says
Next: Musk gets praise, barbs for Twitter takeover