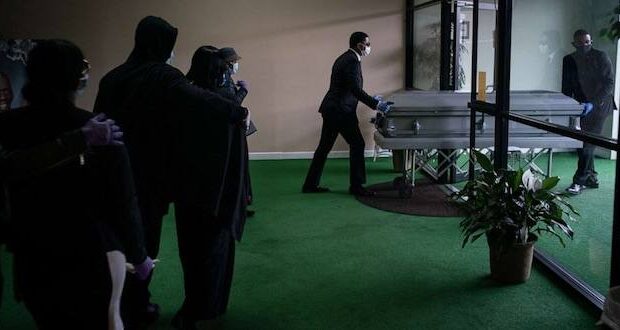 Countless organizations and individuals have stepped up to meet the needs of the state’s first responders during the Covid-19 pandemic. Less attention has been paid to the last responders – the state’s funeral homes.

And funeral homes, like individuals across the nation, are dealing with daily changing data on transmission methods. Until June 7, the World Health Organization said Covid-19 was spread by asymptomatic individuals – individuals not showing symptoms. This week that was again revised to say that transmission was highly unlikely from those individuals. Likewise, transmission from surfaces has now been determined to be rare, though businesses and other places where the public gather continue to be cleaned hourly in some cases.

With such contradictory guidelines, funeral homes have no choice but to ere on the side of caution. 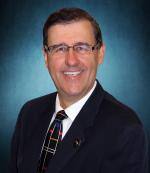 Don Otto of the Missouri Funeral Directors and Embalmers Association says that protective gear purchased through vendors is long gone and that funeral homes are not part of the emergency supply chain. He said some Missouri morgues, hospitals and nursing homes even are requiring funeral directors to wear protective equipment while in their buildings.

“If you don’t have the equipment to do that, then you’re going to start running into problems where funeral homes will, at some point, have to decide ‘Am I able to legally and safely pick up and handle this deceased for the family?’” he said.

The types of supplies funeral directors are supposed to be using include N95 respirator masks or KN95 masks, a double layer of nitrile gloves and disposable gowns or ones capable of being completely sanitized between uses. There also are some body bag precautions.

“Those are not too much different than the universal precautions that a funeral director uses on a regular basis,” Otto said. “What is unusual now, however, is in the past, the funeral director might not have worried about wearing gloves and a mask as they walk in the front door of somebody’s house and say hello to the family. They would worry about that when they go to the bedroom to remove the loved one who has passed away.

According to Otto, Missouri joins other states like Kansas, Iowa, and Washington state in that funeral homes have been feeling the pinch when it comes to the type of services they can offer families. COVID-19 has led to gathering limits in communities, including at traditional funerals. So harsh were gathering limits in some communities, such as Lee’s Summit, Mo., that only one family member or guest could be in the funeral home at the same time as a grieving spouse during the service.

“The funeral industry, like many other industries and professions, have been under extreme emotional, legal and economic pressure,” he said. “When you say thank you to that hospital worker, when you say thank you to that EMT, wave at the truck driver who’s delivering your goods, give a shout out to your local funeral director too – who’s the last responder, who’s been there on the job this whole time and will continue to do so. They’ve never closed.”