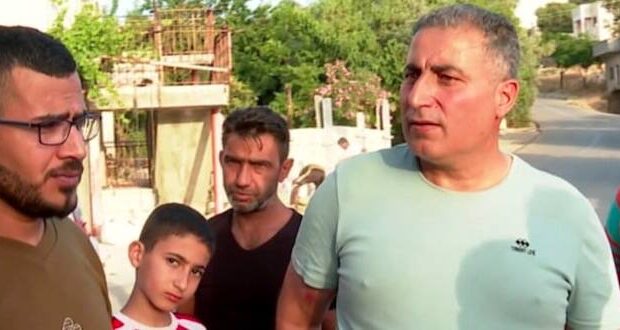 Palestinians men discuss the peace plan and how life would be better off if it were accepted by their leaders.

Palestinians are now talking openly of  accepting the peace deal being offered by Israel. Tired of years of conflict, failed promises by their own leaders and increasing frustration by Arab countries, many now say it’s better if Israel followed through with annexation. But in this case, some want Israel to annex all of the West Bank because they don’t want to live under Palestinian rule any longer.

The boldness to talk publicly is in contrast to Palestinian Authority (PA) officials who are telling media outlets and European leaders that Palestinians in the West Bank are monolithic in their opposition to the peace plan.

READ: Peace can only come with Israeli sovereignty

PA officials are threatening of a wave of violence in response to the possible annexation of parts of the West Bank by Israel. That couldn’t be farther from the truth for some Palestinians who appear to be unconcerned.

The annexation would swap 30 percent of the West Bank and move it into Israeli control while, at the same time, giving Palestinians the same amount of land that is currently within Israel’s borders. The plan would also pump $50 billion in economic aid into the West Bank (biblical Judea and Samaria) and provide high speed trains for Palestinians to travel to Gaza.

Israel’s Channel 13 reported on Wednesday that it had received messages from Palestinians expressing approval and even enthusiasm at the prospect of annexation.

“I am from the town of Jaba,” said one message. “I want the townspeople to be happy. Today, they are subordinate to the PA, and they want [Israeli Prime Minister Benjamin] Netanyahu and no one else.”

“They want an Israeli ID card,” it added.

Another message said, “It’s a million times more preferable that Israel will be responsible for the area.”

A Palestinian businessman said, “I don’t want a state, I want money. Money is preferable to a state. The entire Palestinian people want this.”

“The PA has looted and destroyed us,” he asserted.

The station says that the realization that there is an opportunity to get another and better life under Israeli security means positive talk about the peace plan has been heard in public places like cafes and markets instead of just inside the homes. The PA regularly threatens its citizens into silence and threatens the population if they speak publicly of their support for peace with Israel.

According to another resident of the Samaria, “It is better than a million times for Israel to be responsible for the entire territory. We are prepared to be under Israel’s military and not under [Palestinian leader] Abu Mazen’s head.”

Israel may unilaterally implement the peace plan in July. The plan, put forward by the Trump administration, has been privately supported by moderate Arab states. In November Metro Voice heard from several Israeli officials who said the Arab world is tired of the conflict and realizes Israel’s technology is the future of economic growth of the region.