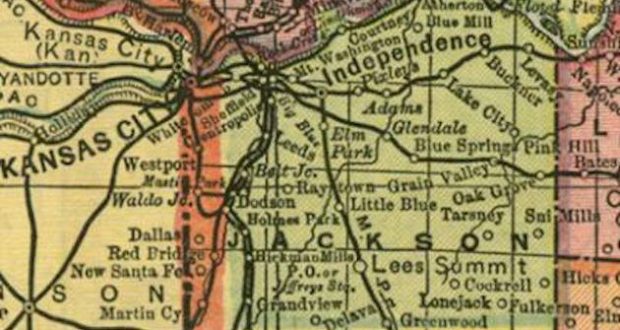 An early map of the Kansas City area showing the thriving towns that once existed.

The Kansas City area is dotted with old towns and ghost towns, some with distinct evidence of their existence, while others have faded away completely. Their histories, however, remain.

Because of the Civil War and General Order Number 11, there is less evidence of the ghost towns in Missouri than there is in Kansas. Missouri ghost town history before the Civil War pretty much ends at the southern border of Jackson County, as everything south was ordered burned. 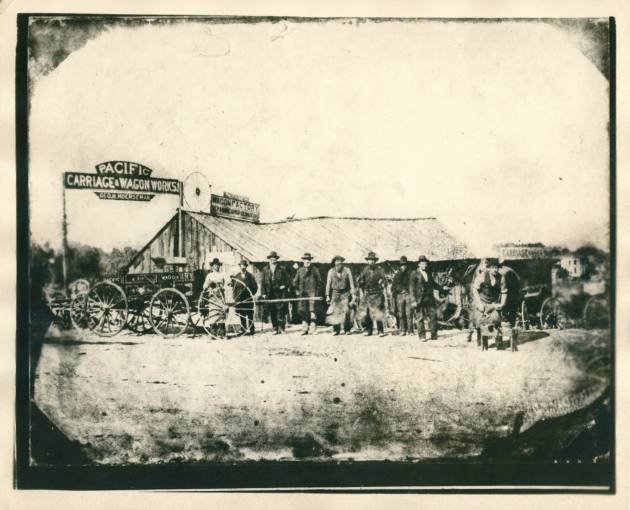 In Wyandotte County, Kan., the state recognizes Four Houses, Quindaro, and Six Mile House as ghost towns where you’ll still find buildings or cemeteries. But there is more history in Fairfax and other Districts and the close proximity to the Missouri and Kansas Rivers to add to the story. 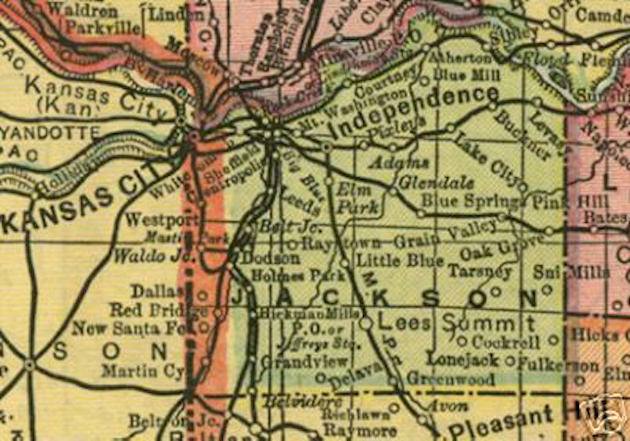 The proximity of Leavenworth and Lansing, not necessarily ghost towns but centers of history, add to history, as the present has overrun the past.

In Johnson County, Kan., Monticello sits west of Shawnee and Lenexa and is listed as a ghost town but in southern and western sides of the county, Aubry, Oxford, Stanley, Stilwell, and Sunflower Village are not. Neither is Kenneth, an old filling station repurposed to a house on Kenneth and 151st Street, and barely in Kansas. 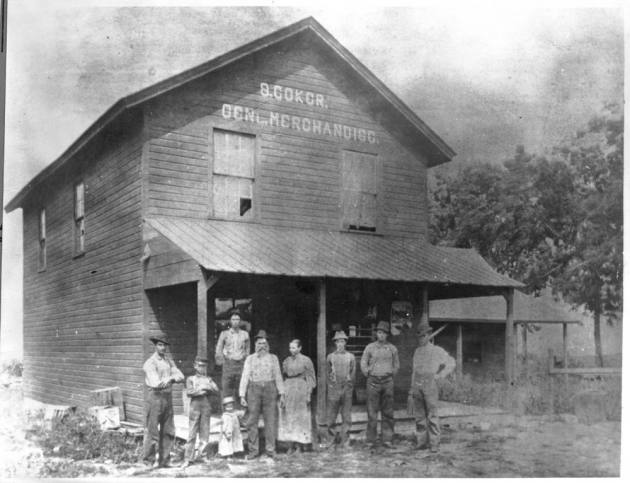 Technically, however, closer in, the Old Shawnee Mission in Fairway, abandoned as a Native American School might just qualify as a ghost town. In the 1960s, riders from the Saddle and Sirloin Club at about 103rd and Mission could ride horses from the club all the way out to the area of the State Line Airport at State Line and 135th passing through the Hall Farm, an abandoned boy scout camp, and even a drive in theater. 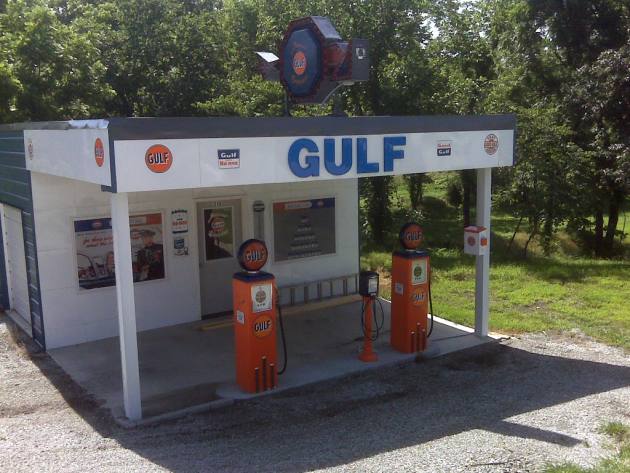 The old Missouri towns, west to east are Cleveland, Missouri, a town that still exists on the line between Kansas and Missouri, plus West Line. 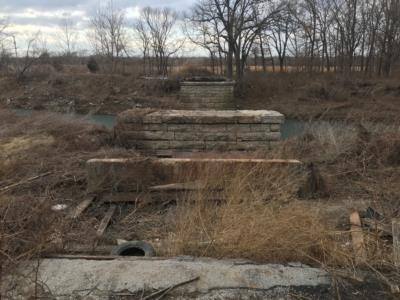 Remains of Kenneth Road Bridge are soon to be removed for a new structure.

Along the way, you will come across Jaudon, little more than a café on Holmes Road. Closer in, Kansas City has over run the towns of Watt’s Mill and Dallas, Mo. In the mid-1940s Dallas had over 100 oil wells in it and included Hallbrook, JC Nichols developments, and Barstow School. Even closer in, the area around Santa Fe Hills at 86th and Wornal Road, an area once owned by Daniel Boone’s offspring, was the location of “summer cottages” for the well-off in Kansas City. 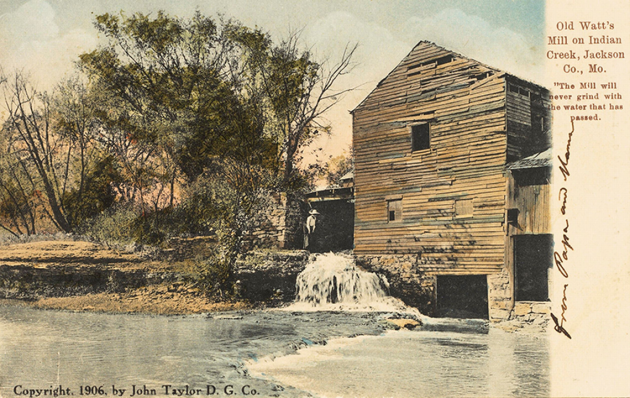 South east of Kansas City, Hickman Mills and Grandview have changed a great deal over time. To some extent, even the abandoned steel mills of the Little Blue River are a ghost town.

To the east, Missouri lists Pink Hill as a Jackson County ghost town, but I think you’d have to include Missouri Town, and to some extent even Sugar Creek. Others that contributed to history, still exist, but have been surrounded or gobbled up by the modern day.

So you have to ask yourself what  ghost towns really are: an earmark in history, a live experience or the museum for future generations of the Kansas City metro?