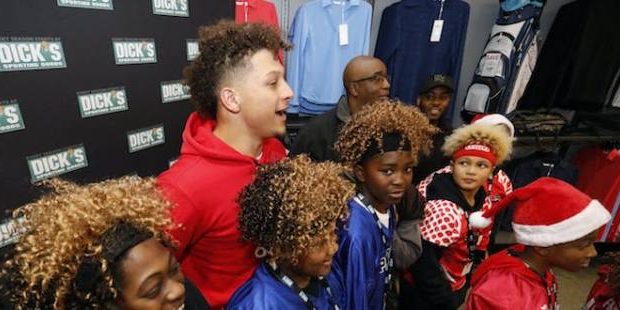 Some 35 million Americans gave a total of $2.5 billon on Giving Tuesday to causes of all kinds, including $808 million in donations made online.

Donations increased overall by 25% from the total raised during this event in 2019 – the first year when the campaign began to calculate donations made offline, such as by sending a check or giving cash, in addition to online contributions.

This good news came as a relief to some of the nonprofit leaders who had voiced concerns that donors who had given more than usual throughout 2020 due to the COVID-19 pandemic and economic distress might avoid this yearly show of support for charities. For example, an earlier event, #GivingTuesdayNow, raised more than $503 million in May for pandemic relief. 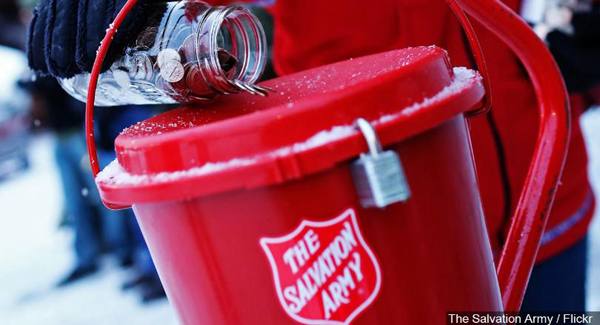 Giving Tuesday happens on the Tuesday after Thanksgiving, which fell on Dec. 1 in 2020. 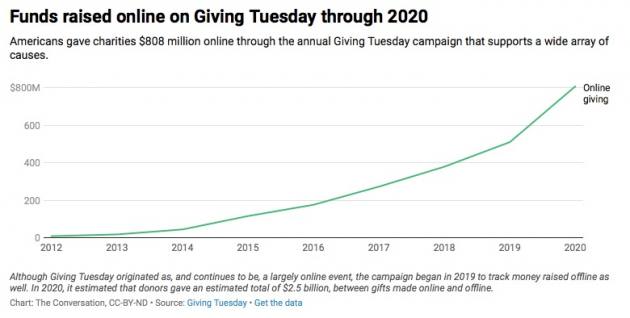 Giving Tuesday was launched in 2012 by the 92nd Street Y in New York City and the United Nations Foundation. It has grown into a global generosity movement spanning not just the United States but more than 70 other countries.

A dozen nations, including Chile, Ghana and Ireland, had their first Giving Tuesday campaigns in 2020.

Theoretically, it costs nothing to raise donations online using social media. However, that’s not necessarily true in practice. Research suggests that groups with a larger social media presence tend to get more donations in online giving days.

Previous: Pastors now more skittish to preach on race
Next: Missouri House censures member for first time in its history