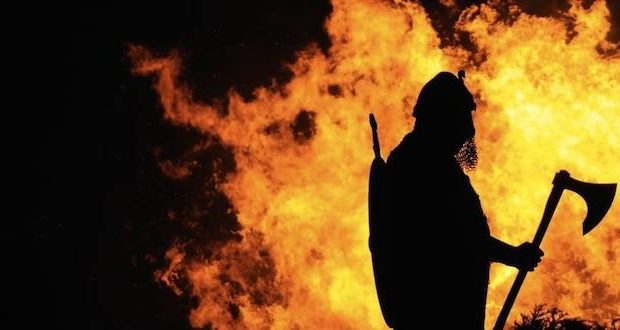 Those looking for a Viking funeral as a form of cremation may be burning with anger after a bill allowing it was vetoed.

Legislation that would have made legal outdoor funeral pyres was vetoed by Governor Mike Parson (R) who announced his decision in a letter to the Secretary of State.

The bill was sponsored by Kansas City area legislator Jason Holsman, (D). The bill would have allowed only licensed funeral directors to burn the deceased an outdoor human cremation facility while friends and family watched.

Holsman told the “Kansas City Star” this summer that Viking funerals have “been around since the dawn of man.”

In his veto message, Governor Parson called on lawmakers to do more vetting on the issue.

“The burial of our loved ones or the disposal of their remains is deeply personal and should be treated with the utmost care and respect. Without more thorough vetting to ensure that outdoor cremations can be conducted in a manner that fully disposes of the entire remains while also addressing the health and safety concerns of individuals who may be impacted nearby, I am not comfortable with allowing these types of ceremonies to be conducted in our state,” Parson’s message reads, in part.

Lawmakers return to Jefferson City in September for the annual veto session, and could attempt an override at that time. It takes a two-thirds majority vote in both chambers to override a veto.

The legislature is not expected to bring the Viking funeral bill up for a veto override.