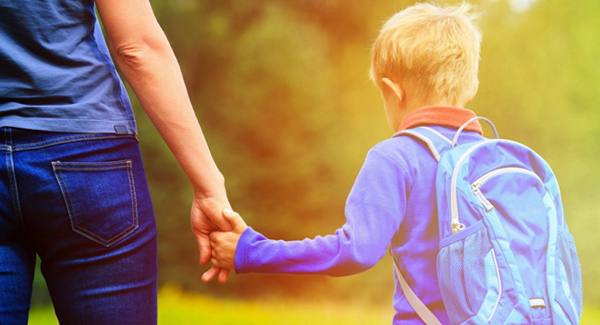 Hearings to be held on Adoption Protection Act

Faith-based adoption agencies in Kansas have been helping children find their forever homes for more than 60 years. Today, their ability to help kids is threatened. In 2006, Catholic Charities was forced to shut down after 100 years of serving in Boston. Agencies in San Francisco, Illinois, and Washington, D.C. have also been forced to close because of their policy of only placing children in homes with a married mom and dad. Why? The ACLU and other groups launched a national campaign against faith-based adoption providers. Their goal is to coerce agencies with whom they disagree to violate their convictions or shut down.

But Kansans will not be intimidated.

The Adoption Protection Act, authored by Representative Susan Humphries, ensures that faith-based adoption providers will be allowed to continue to operate in accordance with their sincerely held religious beliefs. It simply codifies what has been practiced in Kansas for decades. Seven states have passed similar laws, including Virginia, whose 2012 law serves as the model for this bill. There are 35 child placement agencies in Kansas; only 14 are faith-based, and they often serve the most problematic cases.

There are too many kids in need of forever homes to be driving providers away. Crucially, faith-based providers excel at placing hard-to-place children, like those with special needs. These kids shouldn’t be denied forever homes because adults are fighting about sexual politics.

The Adoption Protection Act also ensures birth mothers have choices when making the heroic decision to place their child in the home of a forever family.

Family Policy Alliance of Kansas is working closely with a coalition of mission-aligned groups to protect faith-based adoption providers but needs help to get this law across the line.

HISTORY OF FAITH-BASED ORPHANAGES IN AMERICA

Emboldened by faith, and a sense of responsibility for her fellow missionaries, Sister Marie Theresa asked whether, “The Treaty of Cession and still more the spirit of justice which characterizes the United States of America” will guarantee “the continued enjoyment of our present property?”

In other words, “Will we be allowed to continue to do our work in this new America?”

Two months later, the president wrote back. This is his answer:

I have received, holy sisters, the letter you have written me wherein you express anxiety for the property vested in your institution by the former governments of Louisiana. The principles of the constitution and government of the United States are a sure guarantee to you that it will be preserved to you sacred and inviolate, and that your institution will be permitted to govern itself according to its own voluntary rules, without interference from the civil authority. Whatever diversity of shade may appear in the religious opinions of our fellow citizens, the charitable objects of your institution cannot be indifferent to any; and its furtherance of the wholesome purposes of society, by training up its younger members in the way they should go, cannot fail to ensure it the patronage of the government it is under. Be assured it will meet all the protection which my office can give it.

I salute you, holy sisters, with friendship and respect.

In this short statement, Jefferson affirms the right of conscience, self-governance without interference from civil authority, and the contributions of faith-based groups to society. Jefferson promises to use the full powers of the office of the presidency to defend these rights.

Should the members of the Kansas legislature do any less?

On Tuesday, March 20, both the House and Senate will hold a hearing on the Adoption Protection Act (House Bill 2687 and Senate Bill 401). It guarantees the same right as Jefferson’s letter, and for the same reasons. Faith-based adoption providers have been helping Kansas kids find forever families for decades. Today, their ability to serve our state by living out their faith is threatened. Some would rather these agencies close their doors than be able to serve if their service is inspired by beliefs with which they don’t agree.

That’s wrong. It is un-American. And the consequences fall most heavily on those most in need: homeless kids. Same-sex couples still have the right to adopt in Kansas, the same as all 50 states – nothing in this bill changes that. There will remain a diverse range of agencies to choose from, most of which do not have religious convictions regarding placement.

Will you urge the committee members not to put the sexual politics of adults ahead of the needs of kids?

Click here to send a message to all 32 members of the committees that will hear the bills.