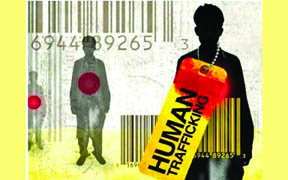 We are witnessing an accelerating global cultural descent, where flesh is cheap and human slavery is back, flourishing and defined as human trafficking. The FBI reports that human trafficking is now the #2 moneymaker for organized crime, exceeded only by drug trafficking. To the human trafficker, humanity is a profitable reusable commodity for labor and commercial sexual exploitation.

Sexual human trafficking has a wide scope of victims and customers. Most troubling to law enforcement and the general populace is the commercial sexual exploitation of children under the age of 18, with the average victim being 13 years old. These child victims are from both international slave trade and domestic origins equally.

In the U.S. children run away, experience homeless or are thrown away at the rate of nearly 1,740,000 per year. Roughly 300,000 of those adolescents are involved in commercial sexual exploitation (prostitution and pornography) annually. (1)

The National Center for Missing and Exploited Children reports the internet posting of 300,000 new child porn images monthly, with child pornography being the fastest growing crime in the U.S. and a list of 736,000 registered sex offenders within the U.S.. (3) What law enforcement agency can possibly keep up with this pace of illicit cyber activity? In a recent discussion I had with a local cyber crimes detective who focuses on sexting and child pornography, he informed me that federal resources for the prosecution of child pornography is being shifted to international cyber espionage concerns in the wake of recent wiki leak events.

Although just one tool of an effective strategy, recent legal remedies by the Kansas and Missouri legislature to vigorously prosecute “johns and pimps” and recover victims have been laudable as both states now have above average laws to address this tsunami. The recovering of victims and the rehabilitation of the same are two different methodologies, neither of which are easy to identify or resource.

Commercial exploitation of children is a pandemic and as a Christian community we must ask what cause and effect dynamics are accelerating this phenomenon and what is our response? Moral compromise and indifference is numbing. A blush has become rare. Denial, desensitization and despair are dulling clear and steady resolve. Understanding the plight of the victim of sexual exploitation and rescuing them out of this river of hopelessness is not simple and is resource intensive. Equally we need to understand and confront the forces that are throwing these victims into the river up stream.

These visual sensual assaults have had the effect of shredding to our cultures moral fabric and public safety. As NYPD Detective Vernon Gilbreth taught, ” pornography is the fuel that acts as a catalyst for fantasy driven criminal behavior”.

In September 2013 the Kansas City Star headlined “ONLINE ADS FUEL ILLICIT LURE , reporting KC ranking second only to Houston in percentage of men responding to sex ads, teeming with unmet demand for sex with prostitutes who advertise on the Internet, reports show that 106,624 Kansas City area men were responding to commercial sex ads each day.

Sexual immorality is nothing new. Sexual fidelity within the covenant of marriage is not an obscure doctrine. The New Testament uses the word “sexual immorality” forty times and clearly commands repentance, purity and fidelity in marriage. Ancient Rome was known for sexual promiscuity yet in the face of depravity the early Christian Church upheld sexual purity central to a devout faith and community health. The Church was and should still be the voice proclaiming the beauty and virtue of procreative sex in the covenant of marriage and clearly confronting the immorality of sexual deviant behavior.

The growing scourge of human trafficking and child sexual exploitation if unabated will rapidly dismantle what is called in the law “Crimes Against the Public Morals” and “Community Standard”. Let us be resolved to be the “salt and light”, for it is here at precisely this point that the battle rages and the faithfulness of the soldier tested.

Do I believe there is hope? Yes, most certainly. In spite of a reluctant prophet, Nineveh’s judgment was pronounced, yet abundant mercy was realized. There is hope. I have seen one set to flight a thousand in this battle. God is jealous for His people and His mercy is near to those who call. Pray about what you can do, and then act to protect yourself, your children, families and community from this blight.

Eph 5:11-17Â And have no fellowship with the unfruitful works of darkness, but rather reprove them. For it is a shame even to speak of those things which are done of them in secret.Â But all things that are reproved are made manifest by the light: for whatsoever doth make manifest is light.Â Wherefore he saith, Awake thou that sleepest, and arise from the dead, and Christ shall give thee light.Â See then that ye walk circumspectly, not as fools, but as wise,Â redeeming the time, because the days are evil.Â Wherefore be ye not unwise, but understanding what the will of the Lord is.

For resources on how you can help end sex trafficking, visit: http://afa-ksmo.net/human-trafficking-resources/#sthash.sigOy23a.dpbs 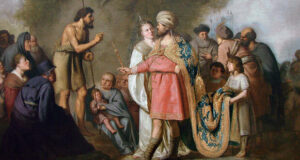 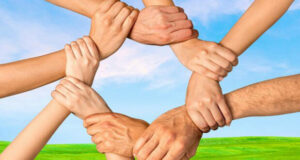 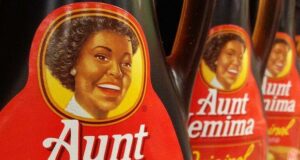 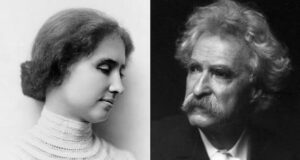 Helen Keller and her remarkable friendship with Mark Twain 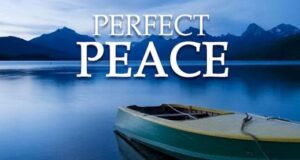 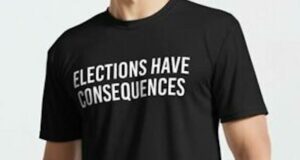