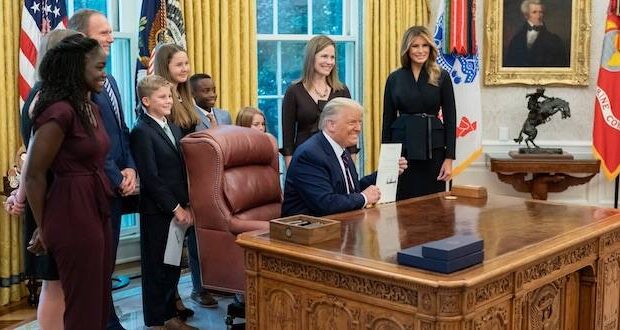 Christian leaders overwhelmingly support President Trump’s decision to appoint Amy Coney Barrett to the U.S. Supreme Court. This is what several of them had to say. 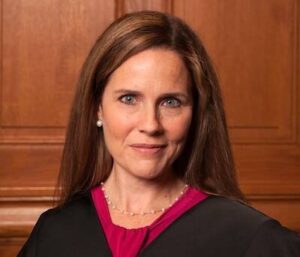 “This is a great day for American jurisprudence and for every American who cares about the future of our nation’s highest court and particularly the sanctity of human life.” – Pastor Jack Graham, Prestonwood Baptist Church.

“President Trump has chosen an absolute all-star in Judge Amy Coney Barrett to serve as our nation’s newest Supreme Court justice. Amy Coney Barrett is a brilliant jurist in the mold of the late Justice Scalia, and President Trump could not have made a stronger selection to fill this Supreme Court vacancy. We have full confidence that the pro-life Senate majority will move swiftly to confirm her before the election.” –Marjorie Dannenfelser, president of the Susan B. Anthony List

“On this historic day, I would like to congratulate Judge Barrett on her nomination to the Supreme Court. Judge Barrett is a brilliant jurist whose commitment to American jurisprudence is only matched by her commitment to her faith. Let us pray that God will grant her wisdom and insight as she soon joins our nation’s highest court.” — Greg Laurie, evangelist, pastor, and founder of Harvest Crusades and Ministries

“President Donald Trump has, for the first time in our nation’s history, given conservative women a voice on the nation’s highest court. Amy Coney Barrett is a constitutionalist, a top-notch legal scholar, and simply the best choice for this seat. Once again, President Donald Trump has delivered for America, and especially for women,” she added. “I am honored to be here to witness this historic announcement at the White House, and I’m eager to get to work to see this nomination through a final vote. We are ready to stand against the unjust and, frankly, bigoted attacks we’ve heard laid against Judge Barrett’s faith.”–Penny Nance, CEO and President of Concerned Women for America

“I have long respected Judge Barrett, not only as a highly accomplished jurist but also as an adoptive parent active in the advocacy for adoption and for special-needs children. As she goes before the Senate Judiciary Committee, I’m confident she will lay out a thoughtful defense of commitment to the Constitution and the proper limits of judicial authority in our system of government.” — Russell Moore, president of The Ethics & Religious Liberty Commission of the Southern Baptist Convention

“I found some personal inspiration in Ginsburg — you couldn’t not. She made me know this is possible. It won’t be easy, but it’s possible. Amy Barrett is the perfect replacement for Ginsburg because she, too, in a different way, is saying, ‘This is possible.’” –Mary Hallan FioRito, a prominent conservative Catholic lawyer

“President Trump has made the right choice in selecting Judge Amy Coney Barrett as the next Supreme Court justice. Judge Barrett has a proven record as a jurist who judges according to what the Constitution says, not according to opinion or preference. Our founders intended for the Supreme Court to have a simple job: to rule on whether laws passed by the people’s representatives and signed by their elected president were constitutional.” — Mike Huckabee, honorary national chairman of My Faith Votes

“This is a significant moment in history. The judicial branch is at a crossroads, as our judges face ever-increasing pressure to make law rather than interpret law. Too often they have succumbed to that pressure, functioning as super-legislators rather than neutral arbiters.” — James Dobson, founder and president of the Dr. James Dobson Family Institute