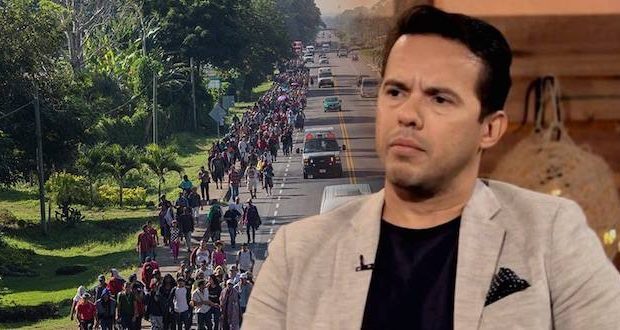 The head of the National Hispanic Christian Leadership Conference has returned from an investigative tour of conditions surrounding asylum seekers at border facilities in Texas.

Rev. Samuel Rodriguez stated he wanted to tour the facility after comments by Democrat members of Congress likened conditions to “concentration camps.” The comments, which also accused border agents of starving migrants, caused media outrage and concern among many Americans.

“I read the reports, saw the news clips. I just wanted to see what was actually happening in order to better enable our efforts to find a fair and a just solution to our broken immigration system,” Rodriguez said.

He has advised President Trump and both Presidents Barack Obama and George W. Bush on immigration reform in the past.

“I requested that the White House immediately grant me access to the detention center in El Paso, Texas,” Rodriques stated a press conference.

Rodriguez, along with several pastors from around the country, visited the Clint Border Patrol Station in El Paso County after dubious reporting by national media drew outrage across the nation and world and even had supporters like Franklin Graham wondering if they were true. 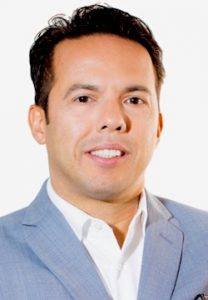 “To my surprise, I saw something drastically different from the stories I’ve been hearing in our national discourse,” Rodriguez said of the border facilities.

On June 21, Elora Mukherjee, an immigration attorney and a professor at Columbia Law School, along with a group of lawyers and doctors, reportedly interviewed children being held at the Clint facility.

“In 12 years representing immigrant children in detention, I have never seen such degradation and inhumanity,” Mukherjee claimed. “Children were dirty, they were scared, and they were hungry. Nearly every child I spoke with said that they were hungry because they’re being given insufficient food.”

Some of the immigration activists even described the conditions as “torture facilities,” as reported by ABC News.

Rev. Rodriguez, who has himself pushed for humane treatment of immigrants and is a leading figure in the Hispanic community, pushed back at those claims, saying such conditions did not exist when his group visited the Clint facility.

“We found no soiled diapers, no deplorable conditions and no lack of basic necessities,” Rodriguez said. “We toured the entire facility.”

Rodriguez admitted he was skeptical and repeatedly pressed authorities at the detention facility to make sure that the current conditions they were witnessing were in fact the same conditions as when the lawyers and doctors visited the facility just days before.

“I asked whether or not this was all being staged; Did they just pivot based upon the reporting, did they shift things, did they make modifications in order to accommodate or to respond to the reporting?”

Rodriguez said he wanted to know whether authorities even staged things for groups like his at border facilities.

“They unequivocally denied it,” Rodriguez said. “What they stated was that every condition we were witnessing was the identical condition in the center when the attorneys arrived.”

In the video, Griffith can be heard asking a 12-year-old girl in Spanish: “Can you tell me what it was like inside the detention center?”

“They gave us little food. Some children did not bathe, they didn’t bathe them. They treated us badly where we were. They were mean to us,” the girl tells Griffith.

According to the Associated Press, the girl, whose face is hidden in the video, arrived in the US from Central America on May 23 and placed at the Border Patrol station in Clint.

She reportedly traveled with her six-year old sister and aunt.

“They slept on just the floor,” the girl responded.

During the press conference, Rev. Rodriguez was pressed on allegations that children at the Clint detention center slept on concrete floors.

“I asked to see absolutely everything, including all the sleeping facilities and we did,” Rodriguez said in response. “No one sleeping on cement whatsoever, that I can attest to, no one, there were cots, 3 tier cots.”

Rodriguez is urging the White House and Congress to move quickly to solve the crisis at the border.

“I am asking the President to please, in the Name of Jesus, ‘Please President Trump…work with the Republicans and the Democrats…please come together and solve this crisis immediately.'”

After months of failing to provide additional money needed for border facilities as asked for by the Trump administration, the Democrat-controlled House finally passed legislation authorizing the expenditures. The Republican-controlled Senate had already passed the measure.