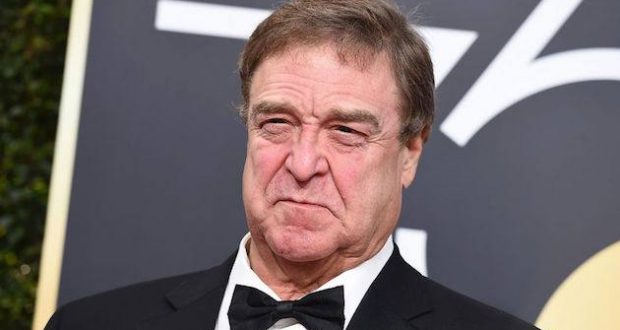 Hollywood inserting itself into Missouri Prop A measure

Hollywood is inserting itself into Missouri’s Aug. 7 election as Unions attempt to repeal the state’s Right to Work law by opposing Proposition A.

Actor John Goodman of “Roseanne” fame and a Missouri native, is featured in a radio ad opposing the right-to-work bill, calling it a bust for the middle class and “boon for big business,” the Springfield News-Leader reported.

“Maybe you’ve heard of Proposition A, the Missouri Senate’s so-called ‘right-to-work’ bill,” Goodman says in the ad. “The name’s deceiving.”

“It’s being sold as a way to help Missouri workers,” the he continues, “but look a little deeper, and you’ll see it’s all about corporate greed.”

The proposed law would ban unions from forcing workers to pay mandatory dues and make it illegal for employers to deny potential workers because they don’t belong, or won’t join a union.

The Democrat Party has come out strongly against the State’s law allowing individuals to work without joining a union because it dramatically reduces the amount of money unions collect, and that is given to Democrat campaigns. Over the last twenty-five years, unions donated over $40 Billion dollars to the Democrat Party, much of which was then funneled into the campaigns of Democrat candidates. In the last Presidential election, even while union members were likely to support the Trump campaign, unions donated a whopping $1.73 Billion to Democrats and Hillary Clinton.

That disconnect between the Union bosses and members is one reason states are passing, and workers are supporting, Right-to-Work laws.

But that doesn’t sit well with the liberal bastions of the nation such as Hollywood.

The Screen Actors Guild-American Federation of Television and Radio Artists, of which Goodman is a member, paid for the ad.

Pamela Greenwalt, a spokeswoman for SAG-AFTRA, told the St. Louis Post-Dispatch that the ad is running only in the St. Louis market, but other reports indicated it could expand to Springfield and Kansas City.

The ad contends that the bill gives big business and out-of-state corporations the right to pay workesr less than they do now–a charge that has not been proven by the experience of other states.

Pamela Greenwalt, a spokeswoman for SAG-AFTRA, told the St. Louis Post-Dispatch that the ad is running only in the St. Louis market, but other reports indicated it could expand to Springfield.

While state lawmakers passed the law banning mandatory union fees last year, opponents gathered enough signatures to put it to a public vote. Supporters believe they should be able to choose whether they pay fees in industries that require union membership.

The National Institute for Labor Relations Research (NILRR), a nonprofit union watchdog, found that unions spent $1.713 billion on political activities and lobbying. The watchdog group analyzed federal labor filings that disclose how much unions spend on political activities at the federal, state, and local level, as well as Federal Election Commission records collected by OpenSecrets.com. Stan Greer, the researcher behind the study, said 75 percent of the money spent on politics came from union treasuries rather than campaign PACs or other independent union-backed political operations.

“Big Labor is increasingly turning its focus away from workplace matters and more and more towards buying political influence,” Greer said in a statement.

NILRR has tracked union political spending throughout the 21st century, finding that unions have significantly ramped up their spending in the last four years. Organized labor reported spending $2.2 billion on politics and lobbying during the 2008 and 2010 election seasons, and $1.69 billion in 2012 alone. Unions surpassed that figure by $16.4 million during the 2016 campaign, shelling out $1.713 billion, with the vast majority being spent to support Democratic candidates and liberal causes.