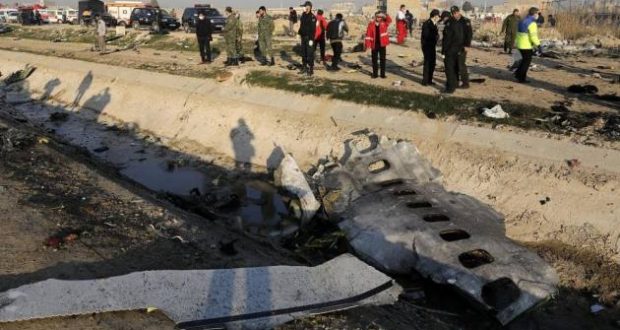 After growing world outrage, Iran announced that it shot down the Ukrainian jetliner that crashed on Wednesday, killing all 176 aboard.

The crash occurred just minutes after taking off from the Iranian capital’s main airport, turning farmland on the outskirts of Tehran into fields of flaming debris and killing all on board.

A statement released on Saturday morning blames “human error” for the incident, adding that the military misinterpreted Flight 752 for a “hostile target.”

“My thoughts and prayers go to all the mourning families. I offer my sincerest condolences,” he said, adding that “investigations continue to identify and prosecute this great tragedy and unforgivable mistake.”

Iran’s supreme leader, Ayatollah Ali Khamenei, expressed his “deep sympathy” to the families of the victims and called on the armed forces to “pursue probable shortcomings and guilt in the painful incident.”

The crash of Ukraine International Airlines came hours after Iran launched a ballistic missile attack on Iraqi bases housing U.S. soldiers, but both Ukrainian and Iranian officials said they suspected a mechanical issue brought down the Boeing 737-800 aircraft.

The plane had been delayed from taking off from Imam Khomeini International Airport by almost an hour. It took off to the west, but never made it above 8,000 feet in the air, according to data from the flight-tracking website FlightRadar24.

The aircraft, en route to the Ukrainian capital of Kyiv, was carrying 167 passengers and nine crew members from several countries, including 82 Iranians, 57 Canadians and 11 Ukrainians, when it was shot down.

“This is the right step for the Iranian government to admit responsibility and it gives people a step toward closure with this admission,” said Payman Parseyan, an Iranian-Canadian in western Canada who lost several friends in the crash.

“I think the investigation would have disclosed it whether they admitted it or not. This will give them an opportunity to save face,” Parseyan added.