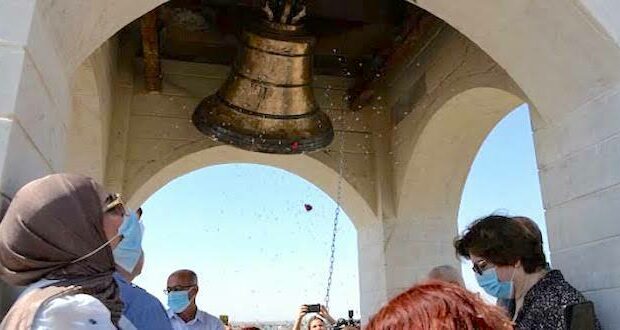 Christians gather to ring the bell for the first time since ISIS fled the city.

A church bell has been inaugurated to the cheers of Iraqi Christians seven years after Islamic State terrorists (ISIS) overran the northern city of Mosul.

“After seven years of silence, the bell of Mar Tuma rang for the first time on the right bank of Mosul,” Affas said.

ISIS swept into Mosul and proclaimed it their “capital” in 2014, in an onslaught that forced hundreds of thousands of Christians in the northern Nineveh province to flee, some to Iraq’s nearby Kurdistan region.

The Iraqi army drove out the jihadists three years later, after months of grueling street fighting and the assistance of the Trump administration.

The return of the Mosul church bell “heralds days of hope, and opens the way, God willing, for the return of Christians to their city,” said Affas.

“This is a great day of joy, and I hope the joy will grow even more when not only all the churches and mosques in Mosul are rebuilt, but also the whole city, with its houses and historical sites,” he said.

The bell weighing nearly 630 pounds was cast in Lebanon with donations from Fraternity in Iraq, a French NGO that helps religious minorities, and transported from Beirut to Mosul by plane and truck.

The church of Mar Tuma, which was built before 1,000 A.D. and added on in later centuries, was used by the jihadists as a prison and court. It’s not known how many Iraqis were tortured and later died under ISIS until the church building was liberated.

Restoration work is ongoing and its marble floor has been dismantled to be completely redone.

Nidaa Abdel Ahad, one of the faithful attending the inauguration, said she had returned to her hometown from Arbil so that she could see the church being “brought back to life”. 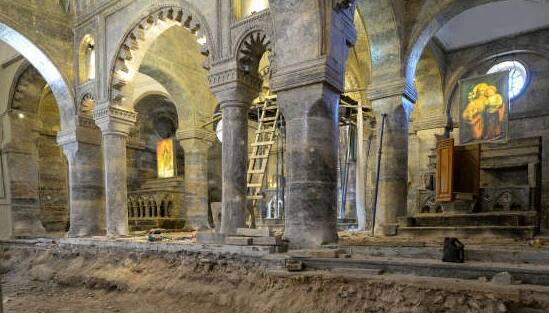 The interior of the church continues to be renovated, revealing construction techniques used when it was built, perhaps as early as 800 A.D.

My joy is indescribable,” said the teacher in her forties. “It’s as if the heart of Christianity is beating again.”

Iraq’s Christian community, which numbered more than 1.5 million in 2003 before the US-led invasion under George Bush, has shrunk to about 400,000. Many fled the recurrent violence that has ravaged the country since the American invasion but previously, under Saddam Hussein, were allowed to live in relative peace.

About 50 Christian families had resettled in Mosul, while others travel there to work for the day. 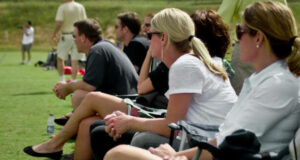