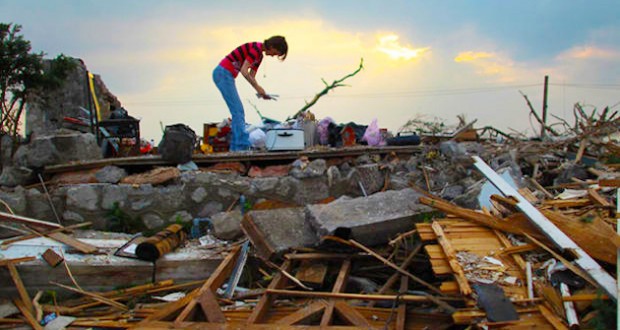 Joplin is still recovering from a tornado that leveled much of the city of 50,000 people.

After one of the most destructive tornadoes in U.S. history carved a mile-wide scar through Joplin in 2011 and killed 161 people, some thought the southwest Missouri city would never regain its footing.

But less than five years later, Joplin’s population has never been higher. Major employers have moved into the former mining city near the Oklahoma and Kansas borders. About 250 new businesses have opened, and most of the roughly 500 damaged businesses have rebuilt.

Beyond the death toll, the massive May 22, 2011, tornado — at the top of the rating scale where winds top out above 200 mph — injured hundreds more and flattened virtually everything in its path. About 7,500 homes were damaged or destroyed.

Joplin’s population of about 50,000 people dropped by 1.3 percent within a year of the tornado. Many wrongly expected that slide to continue; U.S. Census Bureau figures from May showed the city’s population has risen to 51,316. 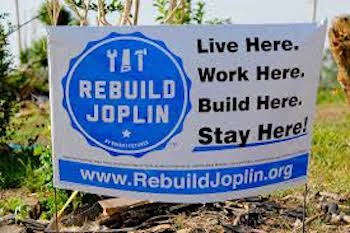 Recovery kicked in almost immediately, with help coming from state and federal government, neighboring towns, churches, volunteer groups and countless strangers. Churches and non-profit ministries rebuilt their facilities along with business and homes.

Gov. Jay Nixon said recently the state’s “rapid and unprecedented” response to the tornado helped key the swift recovery. Mercy Hospital Joplin, blown out by the tornado, is back in business, this time along Interstate 44 a few miles from its old site. The new $465 million hospital was built to withstand winds of up to 250 mph.

The high school was destroyed just minutes after graduation ceremonies, but Seibert credited the $222 million push to rebuild damaged and destroyed schools with kindling confidence. Three months after the twister, Joplin High School’s fall classes started on time, albeit in makeshift classrooms in an empty shopping center.

Businesses have taken root in Joplin with major employers launching rebuilds or committing to them. Others lacking Joplin ties were so taken by the local resolve that they opened plants: Heartland Pet Foods Manufacturing, for example, built a $90 million, 150-job factory that opened last year.

Many smaller businesses also have moved in, and about 90 percent of tornado-damaged businesses have opened again, Seibert said.

The growth will continue, too, with a new campus for Kansas City University of Medicine and Biosciences, which supporters say will help alleviate a doctor shortage, particularly in rural areas outside of Joplin.

Citing the level of destruction of the twister that obliterated local landmarks in its path, Dan King couldn’t help but be skeptical about the city’s rebound.

“It was like looking at a 747 at the end of a runway and thinking there’s no way something that big would ever get off the ground,” recalled the 73-year-old pastor, the Joplin Area Ministerial Alliance secretary who moved to Joplin from California in 1992.

But King says such doubt vaporized within an hour, after seeing survivors — many in shock and injured — emerging from flattened properties with chain saws to clear roads for emergency responders.

­–By JIM SALTER and JIM SUHR