More Than Just a Soup Kitchen 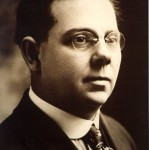 Photographers from City Union Mission’s early years often captured long lines of men waiting for a meal, a scene typical of a soup kitchen. But even then the ministry’s wise and godly founders, Rev. David and Beulah Bulkley, knew it would take more than a bowl of soup to deliver lost and broken souls from the depths of addiction and despair and enable them to rebuild their shattered lives. Thus began the Mission’s 90-year story of evolution and change to empower the people of our cityâ€”including its childrenâ€”to become confident and contributing members of society.

When the Mission first opened its doors at 545 Main Street in 1924, the Bulkleys began reaching out to the “drunkards and derelicts” of Skid Row with a hot meal and the message of God’s Word. By 1926, women and childrenâ€”hungry for food and spiritual supportâ€”were also among the evening guests. In 1927, the Mission leased the empty Madame Lovejoy mansion, which became home to the Bulkley family themselves and provided space for the Mission’s first dormitories for homeless men. Soon the Mission’s footprint extended beyond the inner city. In 1933 it purchased a 1,000-acre tract of land in the Ozarks near Warsaw, Missouri, as a peaceful refuge for homeless men. A year later, Camp CUMCITO (City Union Mission Camp in the Ozarks) was added there to provide summer fun in a Christian environment for impoverished children.

In 1954, under the leadership of Rev. Maurice Vanderberg, the Mission developed the Christian Life Program for men, the first long-term rehabilitation program of its kind. As the demand for this life-changing outreach grew, in 1972 the Mission purchased the former University of Missouri Dental College on the corner of 10th and Troost. After five years of renovation, the Mission’s headquarters and Men’s Center moved in. Then in the late 1970s, as our city’s homeless population changed to include more women and mothers with children, the Mission responded by opening a Family Shelter and broadened services for this vulnerable group.

Between 2000 and 2010, the Mission built new facilities and renovated older ones to enhance accommodations and services for homeless men, women and children alike. In recent years, as the faltering economy put more people at risk of losing their independence, the Mission created more targeted services to help individuals achieve the training they need to find gainful employment and succeed in the workforce. This summer at Camp CUMCITO, the Mission will break ground on a multipurpose building which will not only have a positive impact on the more than 600 young campers who attend each summer, but also offer a year-round setting for family camps, church retreats and other functions.

Over the years Mission programs have grown to keep pace with the number of men, women and children seeking assistance. In 1969, 100,344 meals were served and 28,815 beds were provided. Last year, the Mission served 274,091 nourishing meals and provided 165,121 nights of lodging. Currently, hundreds of individuals every year are welcomed into the Mission’s long-term life-changing Christian Life Program for men and New Life Program for women and families.

But the need continues. “Jesus said the poor will always be with us,” shares Executive Director Rev. Daniel J. Doty, who has led the Mission’s growing outreach since January 1992. “And we continue to rely on the support of this community to be a foundation of hope and empowerment for the homeless and marginalized.” He invites the community to be part of the Mission’s next 90 years by taking part in upcoming 90th anniversary events. On September 19, the Mission will present the music of southern Gospel artist Lynda Randle, along with Paul Land and Ray Hildebrand, in a benefit concert called Celebrating 90 Years: More Than a Soup Kitchen. The event begins at 7:30 p.m. at First Baptist Church in Raytown, and tickets can be purchased in advance at Mardel stores in Overland Park and Independence and on the Mission’s website, www.cityunionmission.org.

The Mission is also sponsoring the Al Newell Volunteer Management Seminar, which offers churches and other ministries an effective and proven model for recruiting and training high-impact volunteers. Valued at $795 per person, the Mission is offering it for only $150 per person. The event will be held October 1 and 2 at Graceway from 8:30 a.m. to 4:30 p.m. Registration is available online at www.cityunionmission.org.

And to mark this milestone in its history, the Mission is offering a special book that captures the thoughts and emotions of the youngest and most vulnerable members of our city. The Mission asked boys and girls in its shelter and youth programs to describe what homelessness looks and feels like to them. The result is “Drawing on Faith, Drawing on Hope,” a moving compilation of words and art direct from the hearts of children who are brave, sad, funny and filled with insight beyond their years. It can be purchased online at www.cityunionmission.org.

“Ninety years later, we continue to build on the foundation laid by our early leaders,” Doty said. “And todayâ€”as from day oneâ€”we’re honored to be a part of this great city and ever thankful for the prayers and financial support of caring individuals, churches, businesses and civic groups that allow us to carry out our mission. With their continued partnership, we’re looking forward to strengthening the fabric of our Kansas City community for the next 90 years and beyond.” 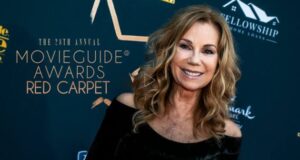