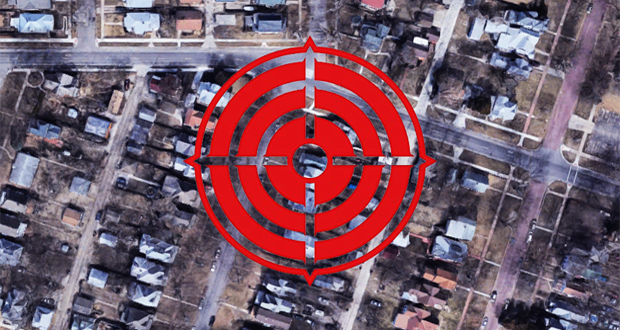 Kansas is unmatched at tracking offenders but may ease rules

Kansas is unmatched in tracking offenders, resulting in more than 21,000 people convicted of sex, drug or violent crimes being registered on a public database.

One of them is Marc Schultz, who was convicted of manslaughter for hitting and killing a cyclist while driving drunk in 2010.

“I will forever live with the burden of taking a man’s life for a decision that I made,” Schultz said. “But I didn’t intend for this to happen.”

He wants lawmakers to amend Kansas’ registry rules for tracking offenders. Proposed legislation would scale back penalties that have grown in recent years – serious felonies and additional prison time can follow something as minor as not registering a new Instagram account or getting a new tattoo. Some people wouldn’t stay on the registry as long, either.

READ: ‘Better call Bob’ Hamilton running as a conservative for U.S. Senate, but tweets show something else

“I think we’ve moved closer to what’s done nationally,” Republican Rep. Russ Jennings said. He’s the chair of the House Corrections and Juvenile Justice Committee. “There’s no evidence that suggests it provides for greater public safety. Most of it’s anecdotal.”

Schultz said he didn’t intentionally commit a violent crime, but still must register for 15 years as a violent offender. He said the registry is a “scarlet letter” that makes it harder to find work. Plus, he said, filling the list with too many offenders is making it less useful for the public.

“When people look at that map they don’t know the difference between the dots that they see,” he said.

Jennifer Roth, co-chair of the Kansas Association of Criminal Defense Lawyers, told lawmakers earlier this month that it’s time to back off the rules that impact tracking offenders.

“We’re talking about people getting charged for things that are minor,” Roth said. “It doesn’t matter if something is minor or something is major. It’s all treated the same.”

One bill would reduce some penalties for not registering properly. It would also take longer to rack up additional violations, going from the current 30 days to 90 days. And courts could waive the $20 registration fee for people who can’t afford them.

Another bill would impact some of the more than 4,100 people on the drug-crime registry. Those who are convicted of crimes like distribution would face a five-year registration term instead of the current 15 years.

Roth said the penalties for not updating registrations should be reduced because the current felony charges are too severe.

“That’s the same as aggravated arson or an involuntary manslaughter or an aggravated robbery,” she said. “That makes no sense.”

State officials say the changes would have a quick effect on the state’s prison system, which has been stretched to the point that hundreds of inmates were recently shipped to Arizona. They estimate there’d be 130 fewer people in prison by 2030.

“Shouldn’t citizens be allowed to know that a convicted drug dealer has moved into their neighborhood?” Easter said in testimony.

The committee amended the bill so the drug convictions would stay on the public registry used for tracking offenders.

Still, Easter said, some registration rules do need to be changed. He said there should be a way to reduce the time someone is on the registry if they are complying with the rules.

“There needs to be some type of exit strategy,” he said. “How do we get them off of the offender registry quicker?”

Previous: Hiring Home Care: 5 qualities to look for in a professional caregiver
Next: ‘A lot of death’: President prepares nation for next two weeks