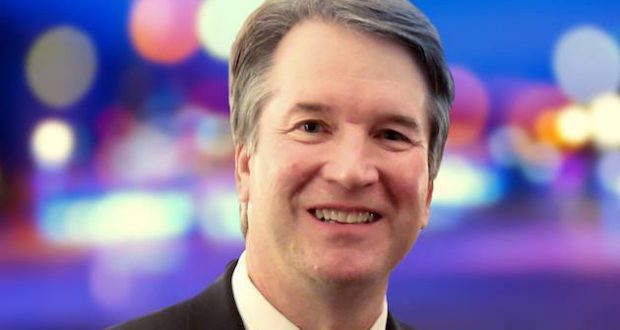 After a third accuser came forward yesterday to accuse Brett Kavanaugh of sexual misconduct, the judge said he doesn’t know who she is, and that the new allegations are from the ‘Twilight Zone,’ and ‘never happened.’

The accuser, it was learned, is tied to the liberal activist and anti-Trump lawyer representing first accuser–Christine Ford. The new accuser’s former boyfriend also came forward saying she has no credibility and that at one time had a restraining order placed on her for threatening the lives of his wife and baby. She also has a history of making sexual harassment allegations against her previous employers.

So ends a tense week in Washington as Kavanaugh prepares to defend himself today against four-decade old allegations of sexual misconduct while he was in high school. Today’s highly anticipated Senate hearing could be the most watched television event this year.

Kavanaugh’s prepared testimony for that Senate hearing denies “sexual or physical encounter of any kind” with his first accuser, Dr. Christine Blasey Ford.

US Capitol Police arrested dozens protesting in Senate buildings – and angry demonstrators even harassed Sen. Ted Cruz (R-TX) and his wife at a DC restaurant forcing them to flee the candlelit Italian eatery.

Protests had picked up after a second allegation emerged. Deborah Ramirez claims Kavanaugh exposed himself to her at a drunken party in college, even though she had trouble remembering if it actually was Kavanaugh. She had admitted she had called former classmates asking if they knew Kavanaugh was present. Apparently, none of her former classmates could collaborate her story.

Sen. John Thune (R-SD) syas he questions her motives and wonders why she’s only taking her claims to committee Democrats and leaving Republicans in the dark.

“To me, these are clearly attempts, and frankly attempts by the Democrats that I think they ought to in many cases be ashamed of, to try at the 11th hour to destroy the reputation of an individual based upon, I would argue pretty flimsy evidence,” Thune said.

While the White House indicated they’re open to hearing from Ramirez on Thursday – along with Ford, Kavanaugh’s first accuser – Ramirez’ lawyer told CNN she only wants to provide information to the Senate through an investigation from the FBI.

Some senators question if Ramirez should appear before the committee. Thune said, “I can’t see at this point where there is any evidence to suggest that she oughta come before, I mean if she herself has said that she’s trying to search her memory to remember exactly what happened.”

Republicans hired experienced sex crimes prosecutor Rachel Mitchell to question Dr. Ford and Kavanaugh on Thursday. Sen. John Cornyn (R-TX) says he hopes both are treated with respect during the hearing and he’s displeased with how the Democrats have handled the allegations.

“Dr. Ford’s allegations should have been brought forth earlier so they could be handled in a confidential and a respectful sort of way to the normal background investigation – that happens all the time,” Cornyn said. “Unfortunately, we’ve seen that the norms and the rules by which nominations are considered have pretty much been thrown out the window, and it’s kind of scorched earth tactics.”

Cornyn says he worries about the lasting effects this nomination will have on future judicial nominees.

“I’m hopeful that after this experience people can see the benefit of returning to a more civil, dignified way of considering the nominations,” he said. “If we want to continue to recruit good people to hold these very important positions, it’s important we not expose their families to death threats.”

Democratic Minority Leader Sen. Chuck Schumer (D-NY) blasted Republicans for labeling the accusations as a smear campaign and again called for FBI intervention. “If you want the truth, you ask for an FBI investigation. If you’re afraid of the truth, you avoid an FBI background investigation,” he said.

Republicans are eager to move the process along, planning the Judiciary Committee vote for Friday. The full Senate could vote on Kavanaugh’s nomination early next week.