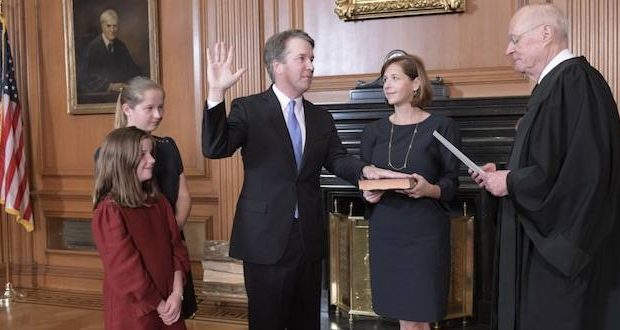 It wasn’t the Supreme Court’s first female justice, nor the second nor the third. It has taken a man and a Republican – newly sworn in Justice Brett Kavanaugh – to make history as the most pro-woman judge on the bench in terms of law clerks.

Kavanaugh has become the first justice in the history of the Supreme Court to employ a group of all-female law clerks.

Those four women — Kim Jackson, Shannon Grammel, Megan Lacy, and Sara Nommensen — were at the Supreme Court on Sunday, aiding Kavanaugh ahead of his first case hearings this week, the Times details.

What’s more, with a long list of Democrat-appointed justices on the court since the  Civil Rights era, few of those justices ever hired black law clerks. Kavanaugh has immediately increased the number of blacks clerking by 50 percent. Jackson will become one of three black law clerks working at the Supreme Court this term. She has previously worked for Kavanaugh, along with one of the other black clerks.

In fact, on his first day Kavanaugh has matched Justice Ruth Bader Ginsburg’s record of African-American clerkship hiring during her entire 25-year tenure on the nation’s highest judicial tribunal.

Since joining the high court in 1993, Ginsburg has hired over 100 law clerks, just one of whom is black.

Ginsburg’s hiring practices have been criticized for decades. During her 1993 confirmation hearings, GOP Sen. Orrin Hatch of Utah asked Ginsburg if a court might reasonably conclude that a small business in a majority black city that hired 57 white employees and zero black employees over a period of years was discriminatory. Ginsburg dodged, before Hatch pointed out that was in fact her own record of clerkship hiring in her 13 years on the U.S. Court of Appeals for the D.C. Circuit.

Kavanaugh showed up for his first day of work Sunday morning with the court’s powerhouse, first-ever all-women team of law clerks by his side, The New York Times reports.

It will be difficult for liberals and the media to ignore the milestone.

Even before the now discredited sexual assault allegations against him rocked his confirmation process, concerns swirled around Kavanaugh’s stance on women’s rights including equal pay and Roe v. Wade. Democrats circulated talking points to the media which touted fears that he would set back the progress of women to the 18th Century. “People will die!” said one senior Democrat.

Kavanaugh easily countered those claims at his first round of confirmation hearings, touting his record and how “no federal judge … has sent more women law clerks to clerk on the Supreme Court than I have.” He also said he had four female law clerks ready to work for him “on a moment’s notice.”

He made good on that claim. 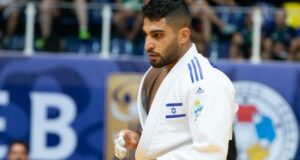 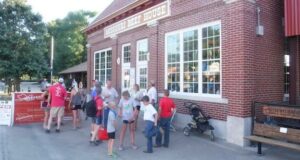 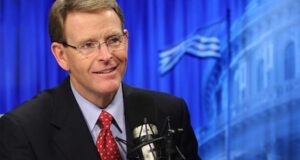