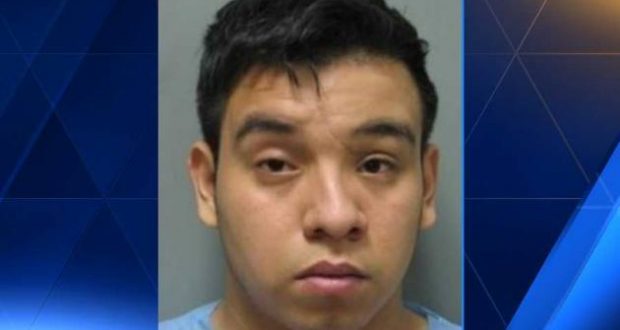 18-year-old Henry Sanchez Milian, posing as a minor in a Maryland high school, was charged as an adult in the alleged rape of a female high school student.

Lawrence School Board votes to inhibit apprehension of illegal immigrants

The Lawrence, Kansas Public School Board has voted to obstruct Federal law enforcement with a resolution targeting Immigration and Customs Enforcement efforts to apprehend individuals who are in the country illegally.

The resolution passed this week states the school board is opposed to any effort of ICE to determine if students or their parents have broken federal law, and that the school board will take any appropriate action to prevent students or their parents from being apprehended. The resolution did not outline what specific laws the district would break.

Entering the country other than through a port of entry is a federal crime. Illegal adult immigrants posing as teenagers are a problem across the country. In San Francisco, it was found that 30% of teen offenders were actually adults posing as youths to hide in the city’s public school system and avoid being charged as adults with crimes.

“It confirms our early suspicion that adults were taking advantage of the sanctuary policy in order to evade detection, responsibility and prosecution for criminal behavior,” said Joseph Russoniello, the U.S. attorney for Northern California.

Last year an MS-13 gang member tried to illegally cross into the U.S. by posing as an Unaccompanied Alien Child (UAC), the Border Patrol reported. Typically, once across the border, adults continue to pose as children and attend schools thus hiding from law enforcement.

In 2017, the Washington Post reported two Rockville, Md. men, both illegal immigrants, were charged with raping a 14-year-old student in a high school restroom. One of the men, Henry Sanchez Milian, was posing as a minor in order to attend high school with his 17-year-old accomplice.

The actions of the Lawrence School Board will make it nearly impossible for ICE to determine if any students enrolled in Lawrence High Schools are MS-13 gang members or adults posing as students.

The resolution cites the Supreme Court ruling that undocumented children have the right to education. It also mentions the school policies in place that prevent school officials from inquiring about a student’s immigration status. Those polices have served to hamstring other districts in locating dangerous individuals within the student body of schools.

School Board President Melissa Johnson uses that excuse to say she doesn’t know how many students in Lawrence Public Schools are undocumented. She also failed to mention that the efforts of ICE are directed towards older students who may not be teenagers at all.

Board members say children as young as second grade express fear about ICE breaking up their families. That statement shows that it is possible to determine legal status and thus assist ICE without having to break the policy of asking about immigration status.

The school board says this is not a political statement but a way to address any fear in the migrant community before school starts. The board did not address the safety of other students who may be enrolled along with an illegal adult posing as a teenager.

Johnson says the district hasn’t had any problems with ICE that prompted this. She says it was just the general climate of fear in immigrant communities and an increase in ICE activity all over the metro.

“We wanted to be proactive as we’re about to enter back to school. We wanted to reassure our families that school is a safe place for their students,” she said.