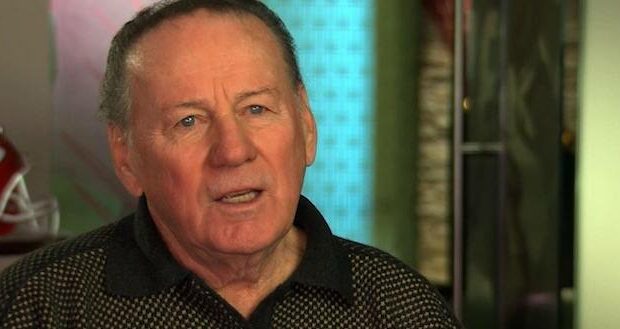 Even Kansas Citians who are too young to remember Len Dawson leading the Chiefs to victory in Super Bowl IV know him as a popular local broadcaster. The Hall of Fame quarterback died Wednesday at age 87.

Taken fifth overall in the 1957 NFL draft by the Pittsburgh Steelers, Dawson would go on to play 19 pro seasons, NFL.com reported. The two-time All-Pro led the league in completion percentage on a record eight occasions, and he paced the league in touchdown passes four times. One of the elite quarterbacks of the 1960s, Dawson was overshadowed in history’s hindsight by contemporaries Johnny Unitas, Bart Starr and Sonny Jurgensen. 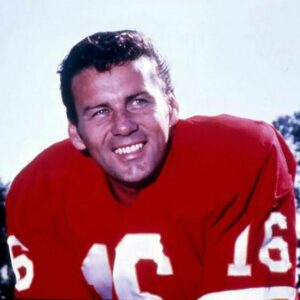 Despite spending his first five pro seasons on the bench, Dawson went on to enjoy a marvelous career that saw him enshrined into the Pro Football Hall of Fame in 1987 after passing for 28,711 yards and 239 touchdowns in his career. His 28,507 yards and 237 TD passes as a Chief are still tops in franchise history. He went to six AFL all-star games and one Pro Bowl.

As distinguished as Dawson’s playing career was, for generations after he hung up the cleats, he was recognized for his work on HBO’s seminal “Inside The NFL,” a weekly in-season show that took a deep dive into each NFL game of the week. Unlike most former players in that era, Dawson wasn’t just an analyst — he hosted the show, quarterbacking a cast that included Nick Buoniconti and Cris Collinsworth during its heyday. Although Dawson didn’t join the show until its second season, he was very much the heartbeat of the program along with Buoniconti, cohosting it for parts of four decades from 1978 to 2001. When Dawson joined the show, HBO was hardly the juggernaut it would become, but “Inside the NFL” was one of the network’s early staples.

As a player, Dawson emerged following a stint as a seldom-used backup through three seasons in Pittsburgh and two seasons in Cleveland. After he was released by the Browns, Dawson joined the AFL’s Dallas Texans in 1962 and promptly led them to an AFL championship game victory over the Houston Oilers. Dawson was 9 of 14 for 88 yards and a TD in the win, surviving a six-sack onslaught to help his team prevail.

In the 1966 season, Dawson propelled the Chiefs to another AFL crown as they defeated the Buffalo Bills en route to an appearance in Super Bowl I. The Chiefs were pummeled by Vince Lombardi’s Green Bay Packers on that day at the Los Angeles Memorial Coliseum, 35-10. Still, Dawson performed admirably with a 211-yard showing and a TD pass.

He was also his team’s leading rusher on the day, with a team-best 24 yards serving as evidence of how difficult it was for Kansas City’s offense to move the ball against Green Bay.

Dawson and the Chiefs triumphantly returned to the Super Bowl in the 1969 season and emerged victorious this time around, besting the Vikings. Dawson went 12 of 17 passing for 142 yards with a touchdown and an interception en route to MVP honors.

Dawson, who led the AFL in passer rating six times, retired following the 1975 season. Along the way, he’d become the AFL’s all-time leader in quarterback victories, completion percentage, passer rating and touchdown passes. He also was named the 1973 NFL Man of the Year, a sign of his excellence on the field and his class and good nature off it.

Previous: Maryland voters finally get their 2020 ballots in the mail
Next: Judge rules against Ben & Jerry’s in lawsuit over sales in Israel